A graphic campaign ad from a Missouri Senate candidate made waves across the political spectrum this week.

Eric Greitens (R), a former governor of Missouri, posted an ad for his 2022 Senate campaign encouraging voters to get their "RINO Hunting Permit." RINO is slang for "Republican in Name Only," a title given to some Republicans who other Republicans accuse of betraying the party. Holding a shotgun and following an armed tactical team as they break a door down and enter a house, Greitens says in the ad that the "permit" has "no bagging limit, no tagging limit, and it doesn’t expire until we save our country."

Many Democratic and some Republican lawmakers, including Greitens' primary opponents, condemned the ad. Greitens defended the ad later and said, "Every normal person around the state of Missouri saw that. It’s clearly a metaphor." Facebook and Twitter were among the internet platforms to censor the video for policy violations.

Voices across the spectrum criticized the ad. One Washington Examiner opinion said Greitens was a "bad candidate" and that "given the recent mass shootings in this country, an ad that features firearms and talks about hunting people because of their political beliefs is an awful look." One opinion from Daily Beast (Left bias) said the ad was "a dumb, dangerous troll." Reports from left- and center-rated news sources often highlighted criticism of the ad. Right-rated news sources focused more on Greitens' defense of the ad and social media platforms' decision to censor it. 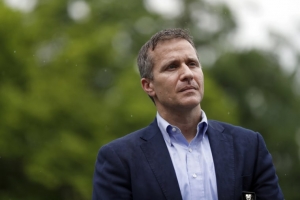 No matter how long Democratic Sen. Joe Manchin remains in politics, he’ll probably never release an ad that generated more attention than the one he released in 2010. The then-governor, as part of his first Senate campaign in West Virginia, was filmed literally shooting a copy of a cap-and-trade bill with a rifle.

It was memorable — and based on Manchin’s victory, effective — in large part because Americans generally aren’t accustomed to seeing politicians brandishing firearms as part of their campaign pitches.

That is, Americans weren’t accustomed to seeing this. 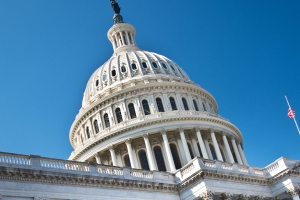 A SWAT team barges into a home. Music intensifies as weapons are drawn. A man carrying a gun emerges from the light to look directly into the camera and says, “Join the MAGA crew. Get a RINO hunting permit. There’s no bagging limit, no tagging limit and it doesn’t expire until we save our country.”

It’s a scene from a campaign video for the frontrunner for U.S. Senate in Missouri, Republican candidate Eric Greitens.

The disgraced ex-governor left office in a scandal and now he’s likely to win a Senate... 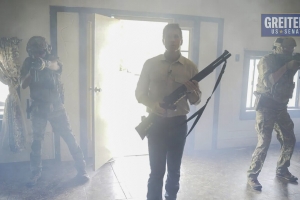 A serious threat could hurt the Republican Party's chances of gaining more Senate seats this November. It's called bad candidates.

The Republican Party is in a favorable position. It's a midterm election, and Democratic President Joe Biden has a horrible (39.5%) approval rating, according to FiveThirtyEight. Also, the Senate is split 50-50.

In theory, Republicans should have no problem winning back the Senate, netting three or four seats. However, that probably won't happen.

The party may end up nominating several bad candidates, some of whom may cost it winnable seats.