As Ukrainian forces attempt to repel Russian advances on major cities and key locations across the country, false or misleading information about the crisis continues to spread.

Reports across the news and social media of defiant Ukrainian troops killed by Russia's navy went viral, but were contradicted Sunday when the Ukrainian navy declared the soldiers "alive and well." A video purporting to show a Ukrainian girl confronting a Russian soldier has generated millions of views on social media, but is actually a 10-year-old video of a Palestinian girl confronting an Israeli solder. Unconfirmed stories of the 'Ghost of Kyiv,' an anonymous Ukrainian fighter pilot rumored to have downed multiple Russian warplanes, continue to circulate after Ukraine's government Twitter account said that the pilot is a "nightmare for invading Russian aircraft." Also on Twitter, prominent podcaster Joe Rogan shared and later deleted a fake CNN report stating that actor Steven Seagal has joined Russian special forces. Twitter also says it will label links to Russian state media to help users identify trustworthy news sources. 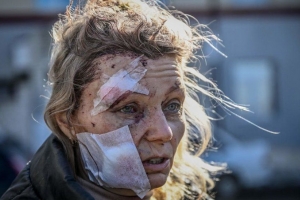 Five days into the Russian invasion of Ukraine, false or misleading videos and images about the invasion continue to go viral.

Among the things spreading quickly are old videos being depicted as current - along with claims that pictures such as the one above are old, even when they verifiably come from the present conflict.

We've been looking into some of the most viral claims.

Claims have circulated online that images and clips from the destruction of a residential building in Chuhuiv, in eastern Ukraine, on Thursday are instead from... 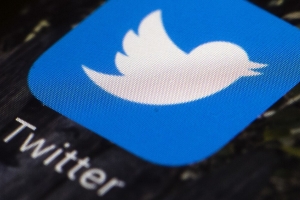 Twitter announced that it would label web links to Russian state media so users can identify reliable news sources.

The move to identify Russian propaganda arrives as misinformation regarding the Ukraine invasion has increased on social media and as Russia aims to censor several social media platforms within its borders.

"Today, we’re adding labels to Tweets that share links to Russian state-affiliated media websites and are taking steps to significantly reduce the circulation of this content on Twitter," tweeted Yoel Roth, Twitter's head of site integrity, on Monday.

Read full story
Some content from this outlet may be limited or behind a paywall.
See full media bias rating for Washington Examiner
From the Left
6835
Fake News
Joe Rogan Posts — and Deletes — Fake Report About Steven Seagal Joining Russian Special Forces
RollingStone.com 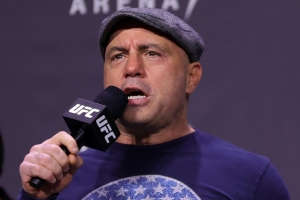 Media literacy is clearly not Joe Rogan’s strong suit. The podcast host recently took to Instagram to share a fake CNN report stating that actor Steven Seagal has joined Russian special forces stationed near Kyiv, Ukraine, noting the absurdity of “this fucked up movie we’re living through.” He later took it down, for obvious reasons.

“I deleted my earlier post about Steven Seagal being in Ukraine because it was parody, which isn’t surprising, but honestly it wouldn’t be surprising if it was true either,” he wrote in a follow-up post. “He was...