Biden to Withdraw Troops From Afghanistan By September 11

The New York Times reported Tuesday that the Biden administration plans to withdraw the remaining 2,500 U.S. troops from Afghanistan by Sept. 11 this year, on the 20th anniversary of the al-Qaida terrorist attacks on New York and Washington. President Joe Biden is expected to make an official announcement Wednesday. Currently, there are about 2,500 U.S. troops in the country, serving alongside 7,000 other foreign troops, most of them part of a NATO coalition. Biden's withdrawal date is later than the May 1 date that the Trump administration agreed on with the Taliban last year; however, troops are expected to begin leaving before the May 1 date and could finish before Sept. 11. The U.S. is currently attempting to negotiate a peace deal between Afghanistan and the Taliban. The news of the withdrawal was met with mixed reactions from lawmakers across the political spectrum. The news applauded by those who criticized the war, while others argued Biden's decision could embolden the Taliban.

Outlets from all sides covered the news, as well as reactions from lawmakers across the political spectrum. Some provided analysis and speculation as to what the withdrawal could mean for peace talks between Afghanistan and the Taliban.

Biden to Withdraw Troops From Afghanistan By September 11 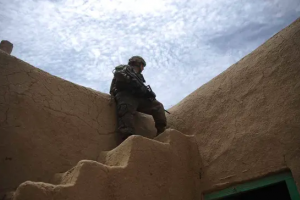 Joe Biden will withdraw all the remaining US troops from Afghanistan by September 11, the 20th anniversary of the al-Qaida terrorist attacks on New York and Washington, a senior administration official has confirmed.

The president is expected to make a formal announcement on Wednesday. There are currently about 2,500 US troops in the country, serving alongside 7,000 other foreign troops as part of a Nato coalition. Most, if not all, Nato allies are likely to withdraw in coordination with the US.

“We will remain in lockstep with them as we... 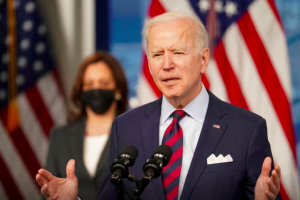 President Joe Biden plans to withdraw the remaining 2,500 U.S. troops from Afghanistan by Sept. 11, 2021, 20 years to the day after the al Qaeda attacks that triggered America’s longest war, U.S. officials said on Tuesday. The disclosure of the plan came on the same day that the U.S. intelligence community released a gloomy outlook for Afghanistan, forecasting “low” chances of a peace deal this year and warning that its government would struggle to hold the Taliban insurgency at bay if the U.S.-led coalition withdraws support. 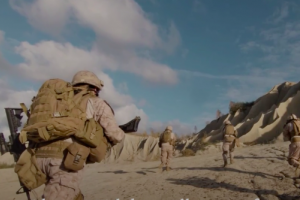 President Biden has decided to withdraw all American soldiers from Afghanistan by September 11, multiple outlets reported on Tuesday.

Biden will keep around 3,000 troops in Afghanistan past the May withdrawal date called for by the Trump administration, U.S. officials told the New York Times. However, those troops would be brought home by the fall.

Read full story
Some content from this outlet may be limited or behind a paywall.
See full media bias rating for National Review
More Stories »
US Military, Afghanistan, Taliban, Joe Biden, Foreign Policy
Go ad-free! Support AllSides.
About these ads