Analysis of the New York Primary

Analysis of the New York Primary 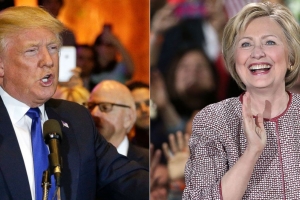 The ultimate value of New York, though, is questionable in the march to the party nominations. Wins by the front-runners don’t alter stubborn mathematical realities that are likely to leave Donald Trump and Hillary Clinton with company in the race for a while longer. 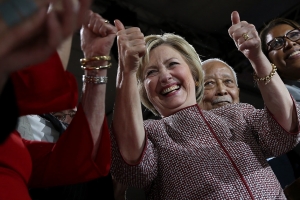 Clinton stops Sanders' momentum just as it was getting started, while Trump learns the art of restraint. 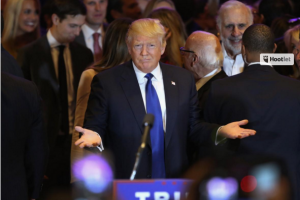 Democrats, it's too soon to cheer Trump's defeat
OPINION

(CNN) -- One need not listen hard these days to hear the sound of Democratic pollsters and pundits gleefully cheering that the end of President Donald Trump's...

(CNN) - The city of Tulsa is experiencing a surge in coronavirus cases, a little over 2 weeks after President Donald Trump held a campaign rally in an indoor...

Polls show Trump is losing to Joe Biden. They said the same thing 4 years ago against Hillary...

WASHINGTON – Joe Biden can look at the polls and smile. Cautiously. A double-digit advantage in numerous national surveys, solid leads in a number of...

A promise of economic nationalism, an expensive infrastructure bill that’s really a make-work program, prejudice against foreigners, denunciations of Wall...

In their cynical attempt to rewrite the rules of the 2020 election, Democrats are ignoring distinctions between absentee ballots and universal mail-in voting...