A video reportedly showing the death of Ahmaud Arbery, 25, in Georgia went viral this week. Arbery was shot and killed while jogging in February following a confrontation with two men, who suspected him of committing robberies in the surrounding neighborhood. Arbery's assailants have not been charged; the Georgia Bureau of Investigation said Wednesday it would conduct a full investigation of the killing. Given the COVID-19 coronavirus pandemic, a grand jury could not be selected to evaluate the presumptive case until mid-June.

Voices throughout the political spectrum were mostly unified in condemning the killing, which many paint as an example of racism and racial profiling; Arbery was black, his killers white. Many media reports highlighted high-profile calls for justice, including those from Representative Alexandria Ocasio-Cortez (D-NY) and Democratic Nominee and former Vice President Joe Biden, who are often seen as being on opposite ends of the Democratic party.

See Today’s News »   More Headline Roundups »
From the Left
350
Violence in America
Why is Georgia only now seeking justice for Ahmaud Arbery? We know the terrible answers.
Washington Post 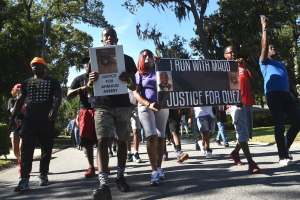 WHAT IF Ahmaud Arbery had been white? What if the two men who confronted Mr. Arbery before one of them shot and killed him had been black? What if the graphic video showing a young man needlessly gunned down while on a Sunday afternoon jog had not been anonymously posted to the Internet but, instead, had been kept hidden?

We all know the terrible answers. Had Mr. Arbery not been black, it would not have taken law enforcement authorities in Georgia more than two months to be shamed into seeking...

Read full story
Some content from this outlet may be limited or behind a paywall.
See full media bias rating for Washington Post
From the Left
350
Violence in America
Shooting death of Ahmaud Arbery in Georgia: What we know about the video, grand jury and arrests
USA TODAY 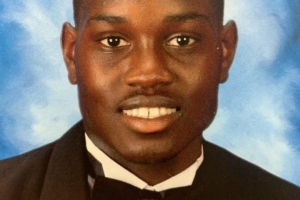 A grand jury will decide if criminal charges are warranted in the death of a black man who was shot after he was chased by two armed white men who later told police they thought he was a burglar.

Ahmaud Arbery, 25, was shot and killed in February in a neighborhood outside Brunswick, Georgia. Two men, a father and son, told police they saw him running and believed he was a burglary suspect; they told police Arbery attacked them after one of the men got out of the truck...

Read full story
Some content from this outlet may be limited or behind a paywall.
See full media bias rating for USA TODAY
From the Right
350
Violence in America
Georgia shooting of Ahmaud Arbery spurs outcry
Fox News (Online News)

The case of a black man in Georgia who was fatally shot in February after being pursued by two armed white men is gaining widespread attention among lawmakers, particularly after a graphic video of the incident was released this week.

"Ahmaud Arbery was murdered for being Black," Rep Alexandria Ocasio-Cortez, D-N.Y., said in a Thursday morning tweet. "His White assailants were allowed to roam free *for months* after lynching him. They faced no charges, no arrests. Police had video of Ahmaud’s murder the day it happened. His family deserves justice....