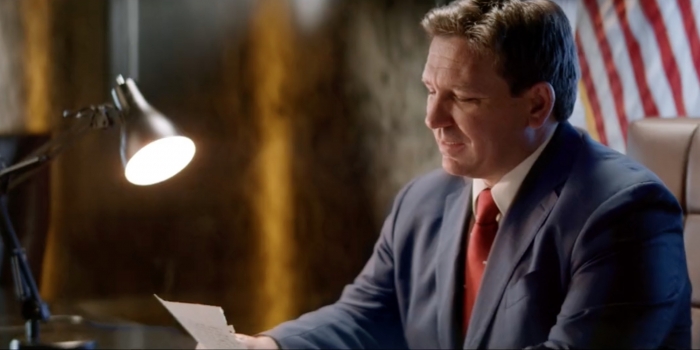 On November 8, Floridians will take to the polls to vote in the state's gubernatorial election.

Incumbent and front-runner Ron DeSantis released his first tv spot of his re-election campaign on Thursday with a powerful ad highlighting the most memorable aspects of his governorship.

The governor's wife posted the ad to Twitter, noting that he "has received thousands of letters from across the state and around the world thanking him for his leadership."

In the ad, DeSantis is depicted receiving a...

Read full story
Some content from this outlet may be limited or behind a paywall.
2022 Elections, Florida, 2022 Florida Gubernatorial Election, Elections, Ron DeSantis