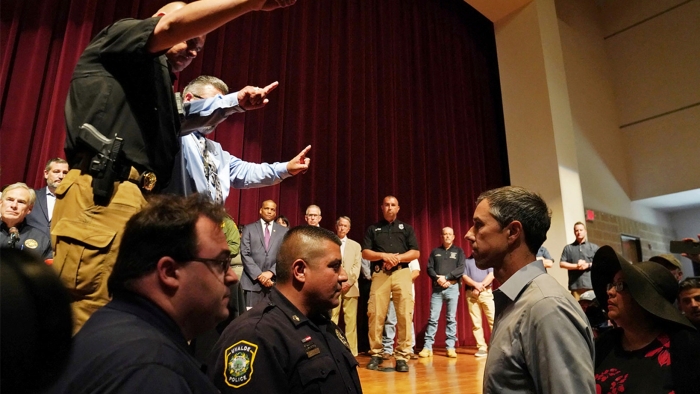 Abbott spoke for roughly ten minutes before attempting to transfer the microphone to Lt. Gov. Dan Patrick, at which point O'Rourke approached the stage.

Only some of O'Rourke's words were audible, but he was pointing aggressively at the stage even as those on it shouted him down.

"You are doing nothing," O’Rourke said at one point.