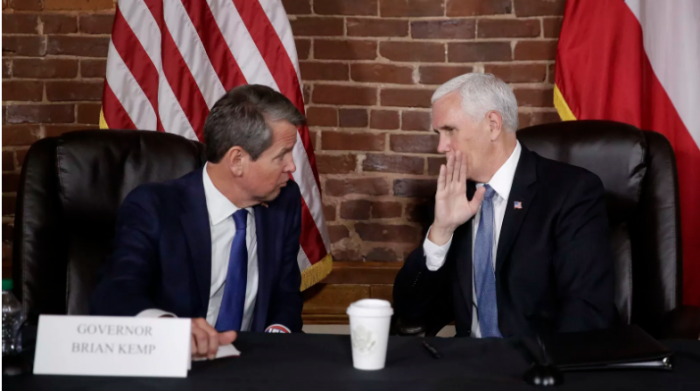 Former Vice President Mike Pence will campaign for Georgia Gov. Brian Kemp on the eve of his May 24 primary against Trump-backed former Sen. David Perdue.

Why it matters: Pence's decision to back one of former President Trump's most prominent GOP targets puts the fractures inside the Republican Party, and between Trump and his former vice president, on stark display.

The Georgia governor's race is one of the nation's most high-profile contested Republican primaries.

What he's saying: "Brian Kemp is one of the most successful conservative governors in America," Pence wrote in...

Francis Fukuyama: Liberalism And Its Discontents

News
Midterm Elections
The Flip Side

News
'That was a terrible idea': Spanberger wants a policing reboot for House Dems
Politico

News
Is Mehmet Oz really a conservative? We looked at the Pa. Senate candidate’s record.
The Philadelphia Inquirer