“She Needs to Be Executed”: The Far-Right Is Doxxing School Officials They Think Are “Groomers”

LGBTQ Issues, Schools, Education, Teachers, Harassment, Parental Rights In Education
Save for Later
From The Left 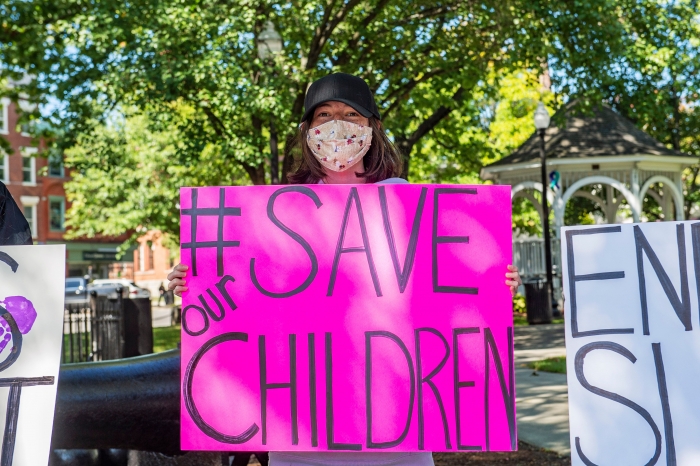 Rightwing figures like Rep. Marjorie Taylor Greene and Fox News hosts Tucker Carlson and Laura Ingraham have spent the last month boosting the conspiracy theory that anyone opposed to anti-LGBTQ legislation is a “groomer” or a “pedophile.” This has already led to real-life protests, but on far-right forums like Patriots.win and Gab, there’s been a significant spike in ultra-violent rhetoric, with users posting threats against specific teachers, Disney employees, and lawmakers, according to a new report from public-interest research group Advance Democracy, Inc. which shared its findings exclusively with VICE News.