US Senate, voting rights and voter fraud, Kyrsten Sinema, Filibuster, Elections
Save for Later
From The Left 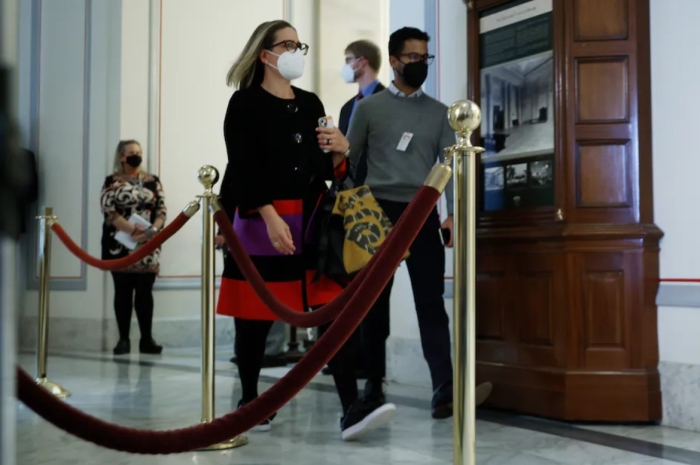 Democrats’ hopes of finally pushing through voting rights legislation after months of Republican opposition appeared to be fatally wounded Thursday after Sen. Kyrsten Sinema (D-Ariz.) announced she would not support changing Senate rules that have long allowed a minority of senators to block legislation.

Sinema’s position, outlined in a midday floor speech, echoed her previous public statements where she defended the filibuster, the Senate’s 60-vote supermajority rule, as a tool to facilitate bipartisan cooperation and guard against wild swings in federal policy.

But the circumstances in which she reiterated it — as Senate Democratic leaders prepared to launch a decisive floor debate and less than an hour before President Biden was scheduled to arrive on Capitol Hill to deliver a final, forceful appeal for action — put an exclamation point on her party’s long and fruitless effort to counter restrictive Republican-passed state voting laws.

Read full story
Some content from this outlet may be limited or behind a paywall.
US Senate, voting rights and voter fraud, Kyrsten Sinema, Filibuster, Elections

PERSPECTIVES BLOG
When Chuck Schumer Turns Into Wile E. Coyote
NEWS
Senate Democrats plan a vote to change the filibuster. So what is it?
NPR (Online News)

Opinion
How screwed are Democrats in the Senate?
Vox