Did Biden Read ‘End of Message’ During Bob Dole Tribute? 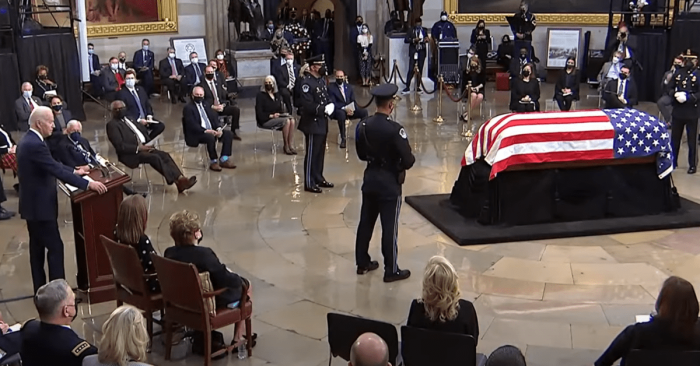 In December 2021, critics of U.S. President Joe Biden seized upon a moment during his tribute to the recently-deceased former Sen. Bob Dole, where Biden appeared to read aloud instructions written on his script, saying “End of message.”

For example, the right-wing website Breitbart posted a video clip to Twitter, adding “Biden reads ‘End of message’ off his notes during Bob Dole eulogy”:

In the 37-second clip, Biden can be heard saying:

He went on to say, a beacon of hope, a source of comfort in crisis, a shield against those who...