Economic Policy, supply chains, Infrastructure, Build Back Better, Economy and Jobs
Save for Later
From The Right 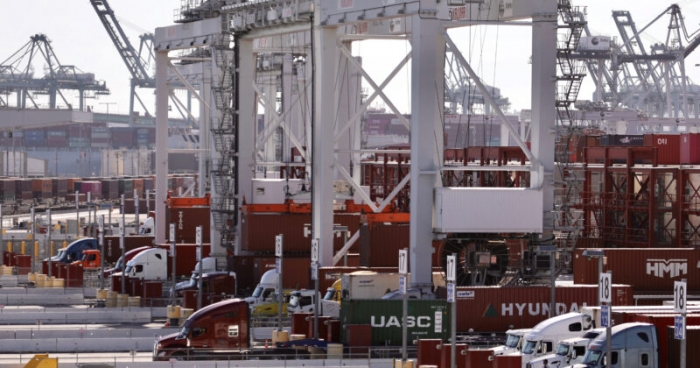 President Joe Biden on Nov. 15 signed his infrastructure bill, a trillion-plus-dollar handout to left-wing special interests masquerading as a solution to the supply chain crisis he created.

The administration is touting the bill as a fix, but the truth is, the bill is at best irrelevant, and most likely will make the crisis worse, at an enormous cost to taxpayers.

The core of the supply chain crisis is a lack of capacity at ports and among truckers—and a historic shortage of workers, now at 10.4 million unfilled jobs nationwide.

Together, these shortages drive inflation, empty shelves of even basic goods, and shutter factories that can’t get the parts and inputs they need.

Rather than fixing this crisis, this bill instead uses it as an excuse to push a gigantic handout for special interests, radical left-wing activists, and unions. As a result, the money won’t be going where supply chains need it, but rather to irrelevant make-work projects that please activists and unions, such as subsidies for electric cars that have nothing to do with supply chains; to plowing hundreds of billions of dollars into tearing down and rebuilding Transportation Secretary Pete Buttigieg’s “racist” highways; to building trains to nowhere; and to bailing out failed urban transit.

PERSPECTIVES BLOG
When Biden Has To Decide What’s Most Important
NEWS
How The Budget Mess in Congress Hurts All of Us: Alison Acosta Winters & Emily Holubowich
Let's Find Common Ground