coronavirus, coronavirus vaccine, supply chain, Transportation, World
Save for Later
From The Center 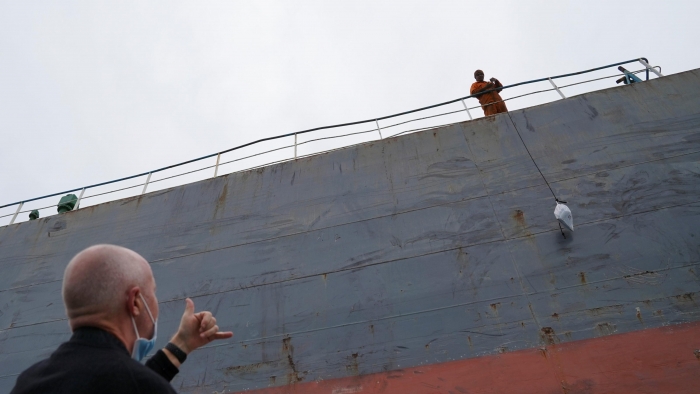 When the Covid vaccine became available in Smrutiranjan Nanda’s home state of Odisha, in India, he took it, getting the first shot in March, and the second in April. It was a relief. India was in the midst of a brutal wave of the virus fueled by the Delta variant, and he had lost his mother to Covid. He did not want to be infected.

But by the next month, his assessment had shifted. “I made a very big mistake,” Nanda said.

Nanda, 49, is a second officer on container ships with a career spanning two decades. He had been inoculated with the India-produced Covaxin. In May, he found out that the World Health Organization had not approved Covaxin, which meant that in the eyes of border authorities, Nanda was functionally unvaccinated. His company canceled his assignment to board a ship.

Read full story
Some content from this outlet may be limited or behind a paywall.
coronavirus, coronavirus vaccine, supply chain, Transportation, World

Fauci: US ‘confident’ Omicron will soon peak even as hospitals struggle
The Guardian