‘We Are Not A Match’: FBI Arrests Man For Storming Capitol After His Bumble Match Turns Him In 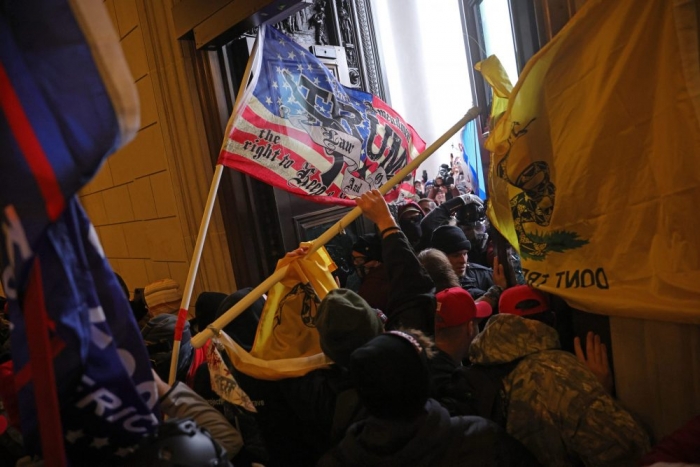 According to reports, a New York man has been charged with entering the U.S. Capitol building during the January 6 riots, after the FBI began an investigation when they received a tip from one of his matches on Bumble, a dating app.

“One week after the insurrection at the U.S. Capitol on Jan. 6, Robert Chapman sent a message to a prospective love interest on the dating app Bumble to brag that he had taken part,” reported The Washington Post.

Read full story
Some content from this outlet may be limited or behind a paywall.
FBI, Dating, Online Dating, Capitol Chaos, Justice Department, Defense And Security