Texas, Safety and Sanity During COVID-19, coronavirus recovery
Save for Later
Add to My Front Page
From The Left 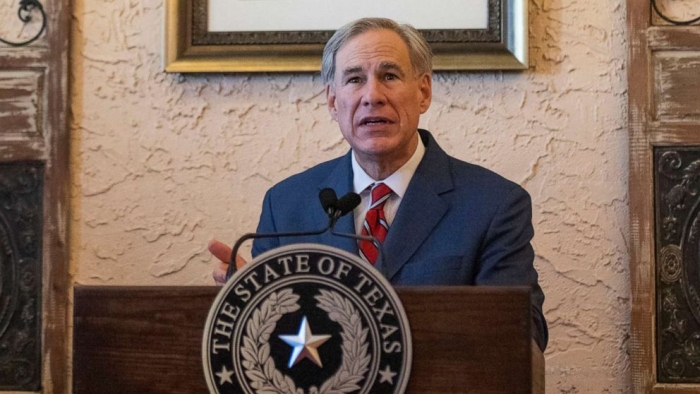 Gov. Greg Abbott's announcement that Texas would end a statewide mask mandate and allow businesses to reopen at full capacity has been met with harsh criticism.

"Absolutely reckless," California Gov. Gavin Newsom wrote on Twitter shortly after the press conference Tuesday in which Abbott announced that it was "time to open Texas 100%."

Abbott pointed to small business owners hurt by the pandemic.

"Too many Texans have been sidelined from employment opportunities," he said. "Too many small business owners have struggled to pay their bills. This must end."

Go ad-free! Support AllSides.
About these ads
More news about Safety and Sanity During COVID-19
https://abcnews.go.com/Health/swift-backlash-texas-governor-drops-covid-restrictions/story

California is aiming to fully reopen its economy June 15, more than a year after the COVID-19 pandemic upended the lives and businesses of millions across the...

CDC: Fully vaccinated people can travel in U.S. without tests or quarantines

People who are fully vaccinated against Covid-19 can travel freely in the U.S., as long as they remain masked on planes, buses and trains, the Centers for...

President Biden announced Monday that 90% of all American adults will be eligible for the COVID-19 vaccine by April 19, about two weeks before May 1, the date...

‘Vaccine passports’ are on the way, but developing them won’t be easy

The Biden administration and private companies are working to develop a standard way of handling credentials — often referred to as “vaccine passports” — that...

White House press secretary Jen Psaki on Tuesday ruled out the Biden administration playing any role in a "vaccine passport" system as Republican governors in...

The Centers for Disease Control and Prevention said Americans who are fully vaccinated against COVID-19 can resume travel at low risk to themselves – long-...

Sarah Palin, the 2008 GOP vice-presidential nominee, announced on Wednesday that she had been infected with COVID-19 and urged Americans to wear masks,...

As the coronavirus that causes COVID-19 evolves, school leaders’ work to track and mitigate outbreaks in schools will have to adapt to keep up. The Centers...

Biden to announce 90% of U.S. adults eligible for vaccine by April 19

U.S. President Joe Biden will announce on Monday that 90% of adults in the United States will be eligible for vaccination against COVID-19 and have a...

‘It Can Be Confusing’: Fauci on Downward Trend in Texas with Relaxed Masking, Social Distancing

The Biden administration insisted on Tuesday that the federal government will not be supporting any initiative to require credentials to prove a person’s COVID...

People who are fully vaccinated against the coronavirus can travel at low risk to themselves as long as they wear masks and take other precautions, the Centers...

President Joe Biden announced a goal to have the coronavirus vaccine available to 90% of U.S. adults by April 19, marking a new milestone in the process of...

The White House is working on a COVID-19 vaccine passport initiative that could be required for travel, sporting events and even eating out, reports The...