Joe Biden to black radio host during tense and awkward interview: 'You ain't black' if you don't vote for me 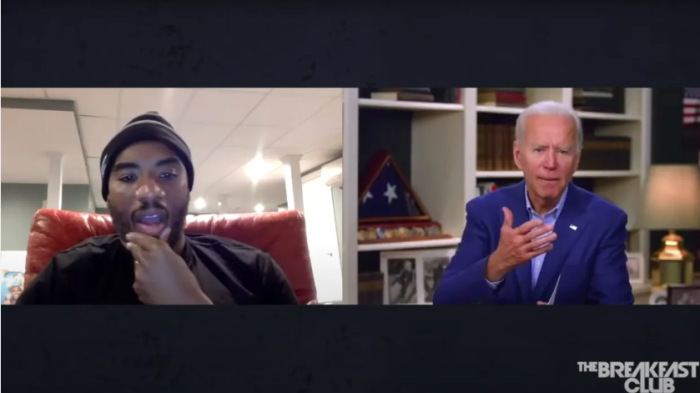 Former Vice President and presumptive Democratic presidential nominee Joe Biden told radio host Charlamagne tha God that there shouldn't be a question of which presidential candidate gets the black vote.

What are the details?

During a contentious Thursday interview on "The Breakfast Club," Biden intimated that the black community should support him, and not incumbent President Donald Trump, in the 2020...

AllSides Media Bias Rating: Right
You disagree.
Thank you! Community votes alone don't determine our ratings, but are valuable feedback and can prompt us to do more research.
84214/70811

Rate Bias
Campaign Rhetoric
Joe Biden Tells Charlamagne: ‘You Ain’t Black’ If You Don’t Vote For Him Over Trump

Joe Biden comes out against 'defund the police' push amid mounting attacks from Trump...

Joe Biden's campaign for president said Monday that he does not support defunding police, seeking to distance Biden from a growing message on the left that...

Sen. Bernie Sanders (I-VT) told Fox News on Monday evening that would not close America’s borders to stop the spread of the coronavirus. During a town hall...

Elizabeth Warren is facing the biggest test of her presidential candidacy today as voters in 14 states head to the polls and Bernie Sanders looms large in the...