Vladimir Putin, Russia
Save for Later
From The Center 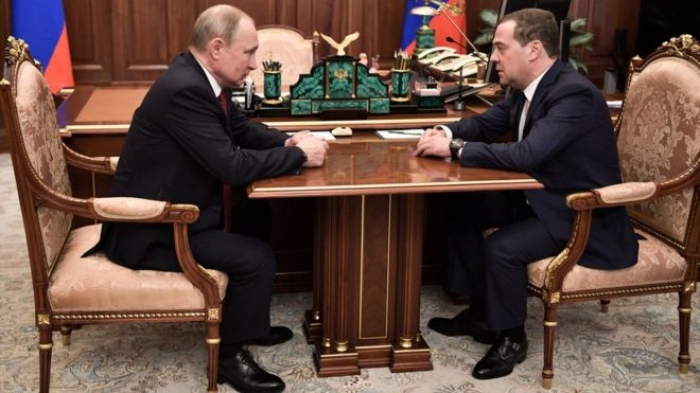 Russia's government has resigned, hours after President Vladimir Putin proposed sweeping constitutional changes that could prolong his stay in power.

Mr Putin asked Mr Medvedev to become deputy head of the National Security Council, which is chaired by Mr Putin.

The unexpected announcement comes four years before Mr Putin's fourth term of office is due to end.