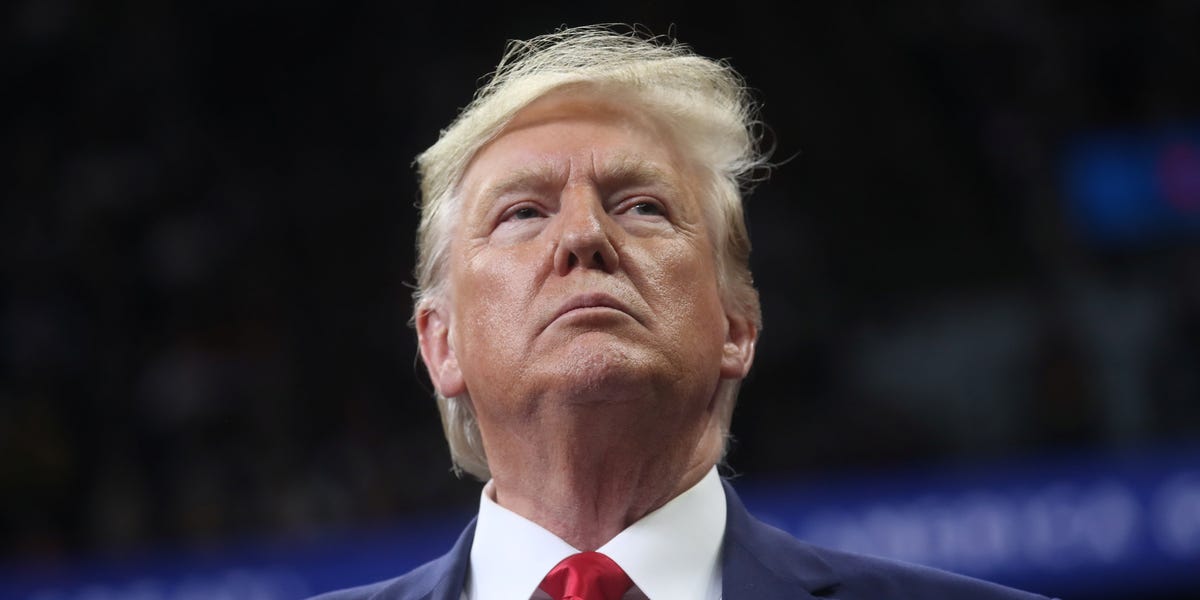 President Donald Trump appears to be distancing himself from his personal lawyer, Rudy Giuliani, amid reports that Giuliani is under investigation by federal prosecutors at the Southern District of New York (SDNY).

"I don't know," Trump said Friday when reporters asked him if Giuliani was still his lawyer. "I haven't spoken to Rudy ... He has been my attorney."

When The Washington Post's Josh Dawsey texted Giuliani asking him about Trump's comments and if he was still representing the president, Giuliani replied, "Yes."

“Big Tech is doing everything in their very considerable power to CENSOR in advance of the 2020 Election,” Trump tweeted late Wednesday. President Donald...

Mike Pompeo, Donald Trump and the inspector-general purge: Why this is so dangerous
ANALYSIS

Never let it be said that the Trump administration can't walk and chew gum at the same time. Even as the president's minions work overtime to botch every...

Coronavirus Assumed White House Would Be Bigger In Person
HUMOR

WASHINGTON—Underwhelmed by the cramped bathrooms and overly crowded seating areas, sources close to the coronavirus confirmed Tuesday that it had always...

The brouhaha over President Trump and Vice President Pence appearing at hospitals, factories and nursing homes without masks — despite Centers for Disease...

The Obama administration walked incoming Trump administration officials through a hypothetical scenario in which a pandemic worse than the 1918 Spanish flu...

No one goes to Donald Trump’s Twitter feed to be edified, but Trump’s series of tweets the last two weeks about MSNBC host Joe Scarborough has been grotesque...

Republicans are broadening their investigation into special counsel Robert Mueller as the Obamagate controversy heats up. Rep. Devin Nunes, the ranking...

President Trump has ousted another inspector general, the fourth IG in the last six weeks. This time, Steve Linick of the State Department was cashiered. The...

During an interview with Maria Bartiromo on Fox News Business on Thursday, President Trump claimed: “when I closed the border to China, [Dr. Anthony Fauci]...