Epstein wasn't on suicide watch at time of his death: reports 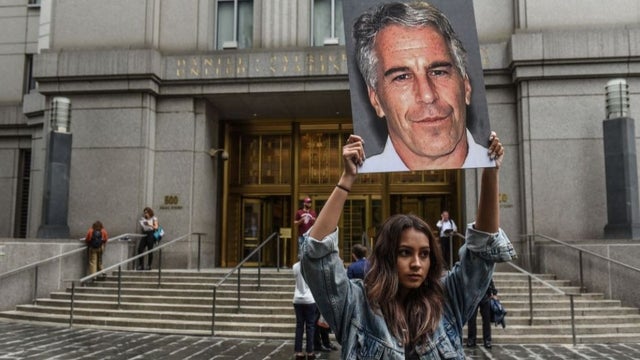 Disgraced financier Jeffrey Epstein was not on suicide watch at the time of his death, according to multiple reports Saturday, raising questions about his time in federal custody while awaiting trial on sex trafficking charges.

Several people familiar with the investigation told NBC News that Epstein was not under supervision when he killed himself in his cell in a Manhattan federal prison.

His body was found early Saturday morning and he was taken to a hospital where he was later pronounced dead, officials said.

Katie Hill: It’s Not Over After All
OPINION

On Nov. 6, 2018, I was elected to Congress; at 31, I was one of the youngest women ever elected to the House of Representatives. One year later, I was sitting...

Film mogul Harvey Weinstein has reached a tentative $25m (£19m) settlement with dozens of women who have accused him of sexual misconduct, lawyers have said...

Dozens of Harvey Weinstein's accusers have reached a tentative $25 million payout deal with the movie mogul and his studio board as part of a larger $47...

Three women say they faced sexual misconduct by Gordon Sondland before he was the U.S. ambassador to the European Union and at the center of the presidential...

Is it any wonder the American public distrusts the media? This week, Project Veritas released a video featuring ABC News anchor Amy Robach on set, speaking...