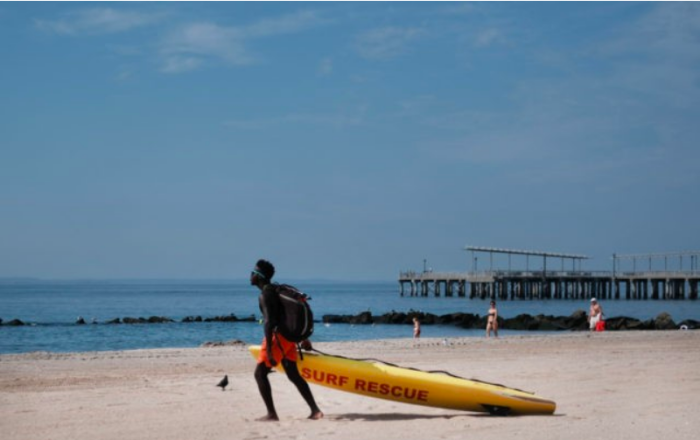 The American economy is providing jobs for younger African-Americans at an unprecedented level.

In July, the unemployment rate for African-Americans between the ages of 16 and 19 fell to a seasonally adjusted 17.7 percent, the lowest rate since the government began tallying the figures in the early 1970s.

A total of 762,000 young African-Americans had jobs in July, according to the most recent data from the Department of Labor. That’s the highest number on record. The labor force participation rate climbed to 38.8, up from 36.3 a year ago.

The First Female Recession Threatens to Wipe Out Decades of Progress for U.S. Women
ANALYSIS

Women helped pull the U.S. economy out of the last recession. This time around they are falling behind. The pandemic is disproportionately affecting women...

Up to 50,000 airline workers could lose their job tonight if Congress doesn't approve more aid

With just hours to go before mass layoffs decimate the airline industry slammed by coronavirus travel cutbacks, workers are pleading with Congress to pass a...

Ahead of Election, Unemployment Is Falling Faster in Sharpest Obama-Trump Swing Counties

With unemployment high in voters' minds this election, the jobless rate is improving faster than the national average in counties that had the most dramatic...

U.S. stocks pulled back Tuesday after two sessions of solid gains as investors looked ahead to the first debate between President Trump and former Vice...