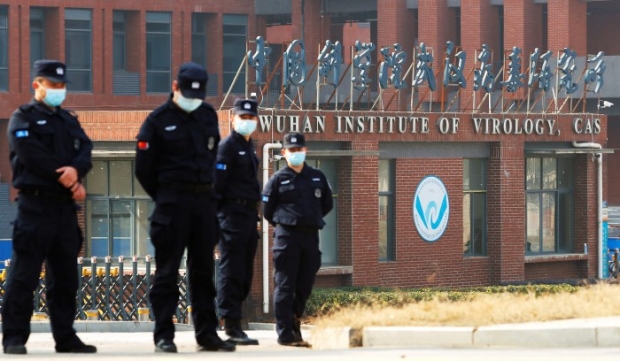 The theory that the COVID-19 pandemic originated from a laboratory leak in Wuhan, China is gaining traction and media coverage after it was initially dismissed early on in the pandemic. Last week, a report revealed that three researchers at the Wuhan Institute of Virology were hospitalized with symptoms consistent with COVID-19 in November 2019, reigniting speculation. Shortly after, President Joe Biden directed intelligence officials to redouble efforts in an investigation into the pandemic's genesis after China refused another World Health organization probe. Biden said the intelligence community was considering the theory as one of “two likely scenarios” but that it had not reached a definitive conclusion.

Some left- and center-rated media outlets initially dismissed the lab leak theory, either ignoring it or describing it as a debunked conspiracy, based on some researchers’ conclusions at the time. Some voices on the left now argue that the theory got lost in the mix with other purportedly false theories promoted by conservative voices, including former President Donald Trump. Many right-rated sources have reported the theory as a plausible one since the pandemic began; those sources are now accusing the left of groupthink and anti-Trump bias for prematurely shunning the hypothesis. Some also highlighted the mixed messages of public health officials such as Dr. Anthony Fauci, whose emails were reported on this week by the Washington Post.

"...a lack of transparency by China and renewed attention to the activities of the Wuhan lab have led some scientists to say they were too quick to discount a possible link at first. Sen. Tom Cotton (R-Ark.) from the start pointed to the lab’s location in Wuhan, pressing China for answers, so the history books will reward him if he turns out to be right. The Trump administration also sought to highlight the lab scenario but generally could only point to vague intelligence. The Trump administration’s messaging was often accompanied by anti-Chinese rhetoric that made it easier for skeptics to ignore its claims."

Why the Wuhan lab-leak theory is being taken seriously

"A team of WHO-appointed scientists flew to Wuhan earlier this year on a mission to investigate the source of the pandemic. After spending 12 days there, which included a visit to the laboratory, the team concluded the lab-leak theory was "extremely unlikely". But many have since questioned their findings. A prominent group of scientists criticised the WHO report for not taking the lab-leak theory seriously enough - it was dismissed in a few pages of a several-hundred-page report."

WHO says Covid origin investigation is being ‘poisoned by politics’

"The WHO has come under increasing pressure in recent days from U.S. and European officials to take another look at whether the coronavirus could have escaped from a lab in Wuhan, China, after a previously undisclosed U.S. intelligence report came to light, revealing that three researchers sought hospital care after falling ill with Covid-like symptoms in November 2019."

"NBC’s Chuck Todd from 'Meet the Press' admitted that investigation into the origin of the virus got neglected because of politics and anti-Republican sentiment. 'The WHO has dismissed the idea for months, most scientists scoffed at it, and for many, the lab leak idea got tangled up in politics,' said Todd."

"There are two obvious lessons we might yet learn from all this. One is that we should not be trusting such potentially explosive research to China or other hostile, authoritarian nations resistant to transparency. A second is that any such research in the future ought to be conducted far from populated areas. It was the height of insanity to locate a facility studying extremely contagious diseases in the center of a city of 8 million people. Virologists may not like having to move to Antarctica or St. Helena or some other remote outpost to do this kind of research, but if it is to continue at all, that may be necessary."