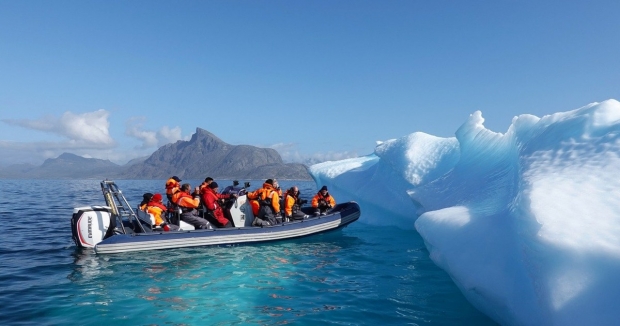 This week it was the United Nations’ Intergovernmental Panel on Climate Change’s turn. The U.N.’s experts published an alarming report calling climate change a “code red for humanity” that is already being felt across the world and will only continue to accelerate. That’s very scary stuff.

It was so frightening that, two days later, President Joe Biden called on Saudi Arabia and 12 of the other countries that produce a majority of the world’s oil to dramatically increase their output, saying that the OPEC cartel’s decision last month to boost production by 400,000 barrels per day is “simply not enough.”

This doesn’t mean that the Biden Administration has abandoned its commitment to eliminating the use of fossil fuels, as some environmentalists have claimed. Rather, it’s simply that the president and his team recognize that rapidly increasing gasoline prices will create immense economic and political problems if left unaddressed. In other words, climate change is important, but so is post-coronavirus economic recovery. And American voters/drivers will be in no mood to reward politicians for saving the planet if they can no longer afford to put gas in their cars to drive to work and take their children to school.

Biden’s advisors know that the price of oil is up more than 40% this year, and average gasoline prices at the pump have been above $3 a gallon since May. U.S. consumer prices increased 0.5% last month from June and 5.4% from a year ago, according to Labor Department data released Wednesday. Fighting climate change and fighting inflation are both important goals, but devoting time and energy toward one battle will inevitably detract from the other.

Public opinion polls show that large majorities of Americans are concerned about the effects of climate change, but those concerns register at the highest levels when they are presented in a global and less tangible context. Ask those same voters about higher gasoline prices, mandates for more expensive electric vehicles and other more personal tradeoffs and attitudes become more complicated. These types of competing priorities became more apparent on the other end of Pennsylvania Avenue this week when Congress began to debate the $3.5 trillion budget resolution that outlines the Democratic policy agenda.

Republicans deliberately introduced amendments designed to force the Democrats into a series of uncomfortable votes on matters including police funding, critical race theory, abortion and other hot-button issues. But a disproportionate number of the GOP proposals targeted environmental matters in an effort to pry centrist Democrats away from the rest of their colleagues.

Eight Democratic senators voted against a ban on fracking, the same number that voted for an amendment to prohibit “renewable energy projects receiving federal funds and subsidies from purchasing materials, technology, and critical minerals produced in China.” Smaller numbers of Democrats voted against an amendment that would have banned federal funding for fossil fuel-burning power plants. And other Democratic senators peeled off from their caucus to limit Biden’s proposal for electric vehicle tax credits to lower-income buyers.

All of these proposed amendments were designed to send political messages rather than actually affect public policy. But they did illustrate the challenges that Biden and his congressional allies will have in maintaining support for the full-throated offensive against climate change that so many of their supporters demand. These rogue senators are publicly committed to reducing the use of fossil fuels, but they also recognize that their constituents face economic pressures and other policy imperatives as well.

The most interesting proposal is the prohibition against funding of alternative energy projects using materials from China. Climate change and human rights are both critically important issues, but which should take precedence? Another even knottier problem arises when “Buy American” requirements are added to green technology products. Fighting climate change can happen a lot faster if products can be bought from China and other countries with low-cost manufacturing facilities. But that squeezes out American jobs, which could be created to make these products — albeit at higher cost and over longer timelines.

Compromise is necessary in politics and in policymaking. But the climate alarm bells don’t ring quite as loud when they are balanced against other legislative goals. Among Biden’s many challenges will be convincing his party’s strongest environmentalists to find middle ground with equally committed advocates for other causes.