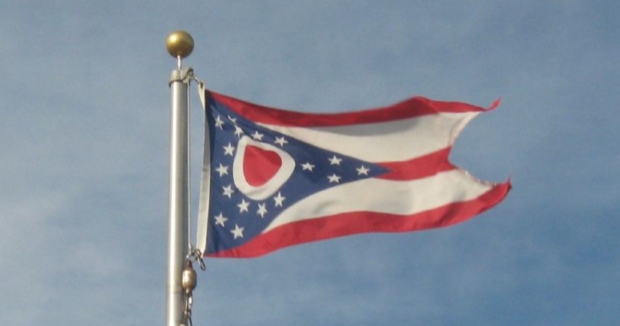 There was a time when the state of Ohio was the nation’s political bellwether. Until last November, the Buckeye State had voted for the winning presidential candidate in every election since 1960, a record of success unmatched by any other state. But in last year’s election, the national media devoted much more attention to newly designated swing states like Arizona, Georgia, Michigan, Pennsylvania and Wisconsin, which had become more closely attuned to the country’s political psyche.

This past week, Ohio voters returned themselves to the national stage, voting in two special elections to fill a pair of vacant congressional seats. Neither district would be the slightest bit competitive in a general election, the Cleveland-area 11th District is overwhelmingly Democratic and the 15th District near Columbus is just as safely Republican. But the two primary campaigns both featured intra-party battles between grassroots populists and establishment favorites, and the split decision tells us a great deal about the condition of the two major parties as they prepare for next year’s critical midterm elections.

Republicans have been struggling to define themselves in a post-Trump era (and even to define whether or not they have moved into a post-Trump era). So the recent Texas special election in which the candidate backed by the former president was defeated gave hope to the party’s traditional conservatives that their voters might be willing to move on. But stung by his Texas defeat, Trump devoted much more time and energy to bringing former coal lobbyist Mike Carey across the finish line in Ohio. Whether or not Trump himself decides to run for president again in 2024, the GOP does not appear to be prepared to move out of his shadow anytime in the foreseeable future. And given Trump’s preference for House and Senate candidates in his own image and ideological footprint, his presence on the campaign trail could be an additional obstacle for Republicans fighting to reclaim congressional majorities.

A couple of hours north on Interstate 71, Ohio Democrats were fighting an internecine war of their own in which most of their party’s leaders lined up behind county party official Shontel Brown in an effort to stop progressive firebrand Nina Turner. Bernie Sanders and Alexandria Ocasio-Cortez were among a battalion of liberal insurgents who campaigned for Turner, but a coalition of centrists, laborers, minority voters and Jewish community members essentially re-created the coalition that elected Joe Biden last year and helped Brown to a comfortable victory.

That same centrist coalition was successful in this summer’s New York mayoral campaign, where former police official Eric Adams won the Democratic primary, and in other special legislative and congressional elections across this year. The party’s progressive base is growing in size and influence, and just achieved a notable victory in forcing the Biden Administration to reverse its policy on COVID-19-related home evictions. But when it comes to elections, the Biden-ish establishment seems to have identified a winning formula.

While the Democrats’ embrace of centrism on the campaign trail could help them recapture the swing voters who supported Biden last fall, the divisions within their party still make that possibility a fairly precarious one. Even while celebrating her victory on eviction policy, Democratic Representative Cori Bush defiantly and loudly reiterated her support for the “defund the police” movement that she and several progressive colleagues had championed last year. Democratic centrists, including Biden, have worked for months to distance their party from such extremism. But now it’s clear that they will be tagged with Bush’s provocation right through next November’s elections.

Ohio showed us this week that the Democrats are better positioned to hold the political center in the 2002 midterm elections. But Bush quickly reminded us that Republicans aren’t the only party facing challenges with a restive ideological base. Strategists in both parties will struggle to put a centrist-friendly message forward next year in an effort to convince swing voters that they are the safer alternative. But committed grassroots activists on both sides will be working just as feverishly to deliver a very different message from the extreme left and extreme right. That suggests that the party that is most successful at taming their own true believers may be the one that comes out of 2022 with majorities on Capitol Hill.