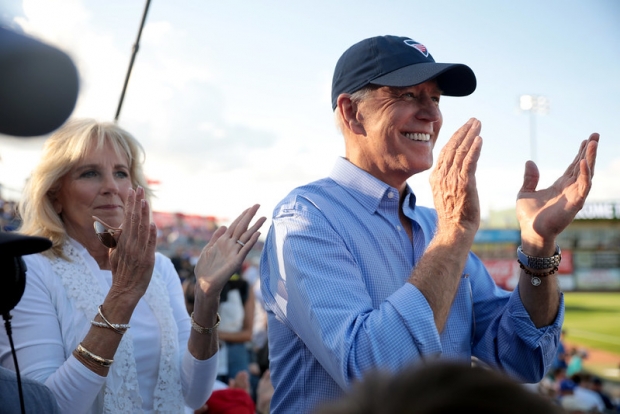 Alexandria Ocasio-Cortez received one minute to address the Democratic National Convention this week. That’s only one minute more than I got.

Joe Biden frequently talks about himself as a transition to a new generation of political leadership. But the Democrats’ future has not been on display this week nearly as much as its past. The first three nights are designed to highlight Clintons (Bill and Hillary), Obamas (Barack and Michelle), vintage congressional leaders (Nancy Pelosi and Charles Schumer) and progressives of a certain age (Bernie Sanders and Elizabeth Warren.) Even the selection of celebrity hosts (Eva Longoria, Julia Louis-Dreyfus) was decidedly boomer-friendly.

Only Kamala Harris’ vice presidential nomination acceptance speech, and a 17-person relay race of young Democratic leaders teaming up to deliver a crowd-sourced keynote address represent anything more than a fleeting acknowledgement of what may lie on the other side of the party’s Biden Bridge. For Biden Democrats, it appears that the future can wait. The first three nights of this convention are about reminiscing and reassurance, targeted to an audience of older swing voters. Millennial and Generation Z voters may be less likely to tune into a televised party convention that — even with coronavirus-forced online innovations — seems like a 20th century relic. Biden’s strategists may have determined that the best way to reach those young people is through social media outreach in the weeks ahead rather than on senior-skewing cable networks.

But the convention lineup felt like more than just an effort to cater to those voters who still own a television. A central premise of Biden’s candidacy has always been his ability to win back the older working-class voters who defected to Trump four years ago, and recent events have reinforced the perception that they will be his top priority. Most notably, the selection of Harris looks like it will be much more of a motivator for women and minority voters than young people. And most of Biden’s public appearances (with the awkward exception of his recent conversation with rapper Cardi B) also appear to be scheduled with an older audience in mind.

The youngest generations were Biden’s toughest audience during the primaries, as they preferred Sanders and Warren by immense margins. Public opinion polls show that they are still underwhelmed with him and that their votes will be motivated much more by a distaste for Trump than any enthusiasm for Biden. Americans aged 35 and under have represented the majority of participants in the demonstrations that followed George Floyd’s death, but it’s still an open question as to whether those protesters will redirect their energy toward voting this fall. And while there have been recurring efforts this week to link the convention to the demonstrations, they have taken place largely on the margins of the proceedings before the older folks take the spotlight.

It’s entirely possible that young people will defy historical trends and turn out to vote in huge numbers. The Biden-Harris campaign could be hiding a social media ace up their sleeve. The Cardi B interview may have been the first step in an energized pop culture-driven mobilization strategy. The aversion to Trump among young people might drive them to the polls even without much of a Democratic push. But right now, it looks like Biden is going to spend relatively little time and attention on those younger generations, and will devote his efforts to their parents and grandparents instead.

Biden has moved ahead of Trump among voters 60 and older, and is on track to be the first Democratic presidential candidate to win that voting bloc in twenty years. He has cut deeply into Trump’s margins with white working class voters and the polls show him running ahead of the incumbent in the Rust Belt states that carried Trump to victory in 2016. But Trump’s law-and-order and China-did-it messages are likely to have its greatest impact with the voter groups that have shifted to Biden, and diagnosing the motivation of Trump’s base is an imperfect science at best.

This is Biden’s race to lose. But if he does come up short on Election Day, his advisers may wonder why they didn’t give AOC a little more time during convention week to rally those young believers to his cause.

Want to talk about this topic more? Join Dan for his weekly webinar “Politics In The Time of Coronavirus” on Thursday mornings at 11 AM PST. You can register for it here. Or read more of Dan’s writing at: danschnurpolitics.com.