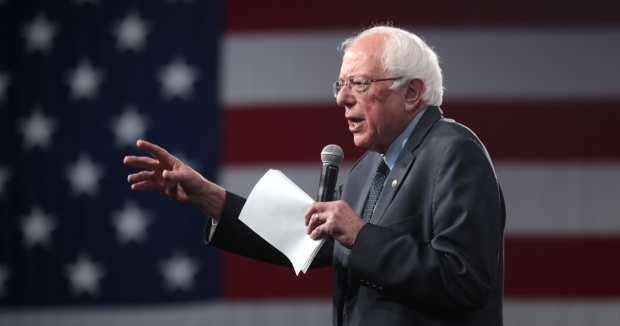 Back in the early 2000s, a group of determined conservative Republican House members began to organize themselves into a cohesive political force. They caused headaches for George W. Bush, they deposed Speaker John Boehner and eventually became the bulwark of the strongest opposition to Barack Obama. While there are considerable differences between the forces that drove the Tea Party and the movement that elected Donald Trump, it doesn’t take a great deal of imagination to trace the evolution of the GOP base from one stage to the next.

Now it’s the Democrats’ turn as their true believers try to take over.

Even though Joe Biden won the party’s presidential nomination last year with a centrist message that prevailed against progressive favorites Bernie Sanders and Elizabeth Warren, the most left-leaning Democrats never conceded. They just bided their time and are now re-emerging with a vengeance. Last week, the Congressional Progressive Caucus prevented Biden’s bipartisan infrastructure bill from coming to a vote, leaving an uncertain path forward for the president’s top domestic policy goals.

Biden and Speaker Nancy Pelosi have spent most of the year trying to balance between two sets of competing priorities from their party’s main ideological factions. The moderates want to pass Biden’s infrastructure bill so they can campaign in competitive districts on a large-scale tangible accomplishment. Liberals are just as committed to a much bigger social spending and climate change package that they believe will not attract enough support from the moderates if the infrastructure legislation is finished first.

Until last Thursday, it looked like Pelosi might be able to square this political circle by convincing her liberal members to stand down and allow the infrastructure bill to pass. But the Progressive Caucus pulled a Tea Party maneuver and told both the Speaker and President of their own party that they weren’t budging. By Friday night, Biden and Pelosi had largely acquiesced and neither bill appeared to be going anywhere anytime soon.

By flexing their political muscles, the progressives have made it clear that they are now calling the shots in the Democratic Party. Just as Bush and Boehner (and on some occasions, even Trump) were forced to come to terms that they had largely ceded control of their Republican Party to its ideological base, Biden and Pelosi are now coming to the same conclusion. As they consider their next steps, the two Democratic leaders may want to look to recent history on the other side of the partisan fence for lessons on how not to proceed.

Since the most conservative House Republicans first asserted themselves late in the Bush era, the GOP has achieved precious little in the way of policy accomplishments to which they can point. Throughout the Obama years, the party devoted itself mainly to thwarting the president’s policy goals. With the important exception of Trump’s signature tax cut, Senate Republicans have recently focused primarily on judicial appointments and not much of significance emerged from the House. By the time Biden took office in January, Republicans had become a party mainly devoted to identity politics and cultural conflict.

The Democrats have now arrived at a similar crossroads. After last week’s success, House progressives must decide exactly how long they will hold the line against their own president’s policy goals. Unless moderate Democratic Senators Joe Manchin and Kyrsten Sinema (and several of their quieter but just as centrist colleagues) dramatically shift course, it’s hard to see how the broader social spending bill can achieve the unanimous support it will need for even party-line passage.

Which leaves the Progressive Caucus with a difficult dilemma. Do they give in and allow the infrastructure bill to pass on its own at some point, providing Biden with a signature policy accomplishment but running the risk of their own social spending legislation get left behind? Or do they continue to hold firm, depriving both their president and their colleagues running in competitive races next year of anything significant on which to base their campaigns?

Historical trends already demonstrate the challenges for the president’s party to gain seats in a midterm election, and Republican congressional majorities would be unlikely allow Biden to sign any meaningful bills into law. So the cost of holding onto progressive principles this year could forfeit the Democrats’ best chance for major policy achievements for a long time to come.

In one direction lies compromise and partial success. In the other is simply a left-wing Tea Party. We’ll see which path the progressives take.