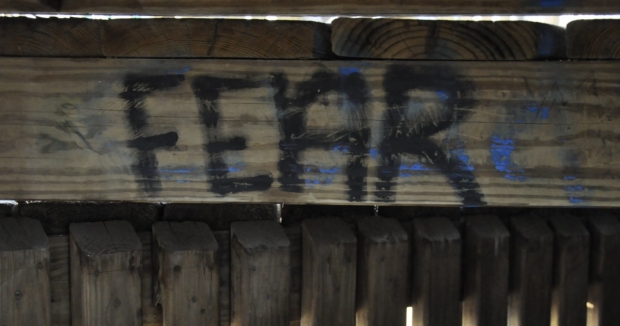 Democrats issue dire warnings of the threat of voter suppression. Republicans sound the alarm about the menace of voter fraud. But both parties are dramatically overstating an exaggerated problem to whip their most devoted supporters into a frenzy. The result is that confidence in the foundation of our democratic process is at an all-time low, driven down by unyielding partisan attacks from both the left and the right as a cynical tool to motivate their most committed loyalists.

But the record shows that neither side can back up their claims.

Despite regular claims from Republican leaders, provable examples of voter fraud in this country are almost non-existent. But while many states have passed laws creating logistical obstacles to voting as a way of confronting these mythical cases of fraud, there are very few verifiable cases of an individual being denied the right to vote as Democrats often claim. Both parties understand that it’s quite easy to frighten their true believers that the opposition is cheating the system to unfairly win elections, and both parties use this technique shamelessly to raise money from small-dollar donors and to stoke voter turnout on Election Day. The unsurprising result is that American voters are becoming more suspicious of the sanctity of their vote and potentially less likely to abide by the results.

Donald Trump and his advisors were particularly shameless in their post-election efforts to undermine voter confidence in Joe Biden’s victory. But as has been so often the case with Trump in the past, his approach is not fundamentally different from that of most politicians, but rather a more extreme and more outrageous use of fairly commonplace messaging techniques. Most politicians obviously do not use such approaches to instigate riots at the U.S. Capitol, but the language Trump used to incite his supporters on January 6 was simply a dramatically – and grotesquely — heightened version of the “they’re cheating” message that have become increasingly routine from aggrieved candidates in recent years.

One of the most emotional hot-button issues in the debate over voting is on the question of voter identification requirements. Republicans swear that voter IDs will prevent non-existent fraud. Democrats insist that it will drive down turnout among legally qualified voters. But studies regularly show that states with photo ID requirements have not seen any significant effect on voter participation at all.

Another example: Trump and his allies raised easily disprovable charges regarding the dangers of mail voting. Dems argue that reducing opportunities for mail voting is discriminatory. But a Stanford University study on the 2020 election found that turnout increased by roughly the same amount in states that did not allow no-excuse mail voting as in states that did. “Absentee voting doesn’t significantly affect whether people vote or not,” the study said. “It mostly changes how they vote. Voter interest is far more important in determining turnout.”

The list goes on. Both sides make hyperbolic and unfounded charges about threatened ballot security and denied voter access. Neither can provide much evidence to fully substantiate their claims, but neither really needs to. Because both are successfully rallying their troops against a pair of non-existent enemies.

Congressional Democrats are now working feverishly to pass their version of voting reform. Republicans in Georgia and other states are doing the same thing in reverse. Both warn of imminent danger to democracy itself if the opposition succeeds in thwarting their goals. In the face of this fear-mongering, their voters gradually lose faith in the process by which we elect our leaders.

It’s only natural for political parties to want partisan advantage – on both sides. But we need to be careful when either party tries to unilaterally change the rules that govern our voting procedures over the objections of the other. Democracy only works when both sides believe that the process is fair and the outcome can be trusted. Over the past few months, we’ve seen glimpses of what happens when even a tiny percentage of voters believe election results were falsified. The thought of such a lack of confidence spreading to larger portions of the electorate is sufficiently unnerving to remind good people in both parties to proceed with great caution on such delicate matters.