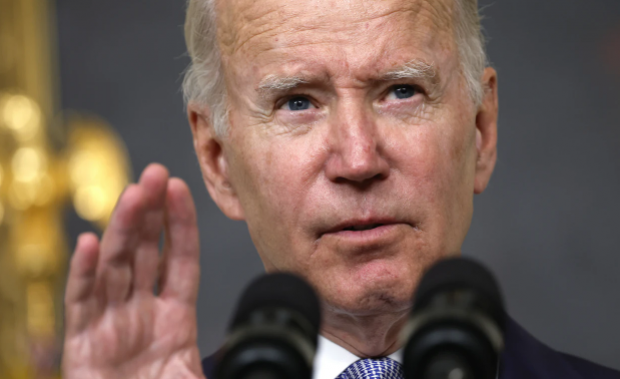 It turns out that Joe Biden is, politically speaking, alive.

After months of Democratic handwringing over their leader’s falling poll numbers, paralyzed legislative agenda and low-energy public appearances, the president has put together a small winning streak. Passing even a massively-diminished health and climate bill was the big ticket victory, but substantial legislation on manufacturing policy, veterans’ benefits and NATO expansion all contributed to a feeling that the White House was making progress.

The latest travails in Trump-land have also certainly contributed to the upbeat Democratic mood. First, the January 6 congressional hearings and more recently, the fight over government secrets with which the former president absconded to Mar-a-Lago have not switched many Republicans away from their loyalty to Trump. But there is polling evidence that the ongoing controversies have caused significant fatigue among many GOP loyalists and that their motivation to vote this November may be waning from their extremely high levels earlier in the year.

At the same time that some Republicans may have lost enthusiasm heading into the midterms, the Supreme Court’s decision to overturn Roe vs Wade has energized pro-choice Democrats to a historically atypical degree. Midterm elections are almost bad news for the party that holds the White House because the party out of power usually enjoys a sizable motivational advantage. Presidential elections are about persuading swing voters, but midterms are about base motivation and the out party generally is more excited about regaining their lost power than the incumbents are about maintaining it.

There have only been three midterm elections in the last century in which the president’s party gained seats, all three of which took place under extremely unusual circumstances. The most recent of the three was in 2002, when George Bush’s Republican Party won seats by emphasizing national security issues barely a year after the September 11 terrorist attacks. Four years earlier, Bill Clinton’s Democrats successfully leveraged his impeachment to cast the GOP as extremists over-reacting to a personal matter. Before that, the only other example was all the way back in 1934, during Franklin Roosevelt’s first midterm at the height of the Great Depression and the early stages of FDR’s New Deal.

Optimistic Democrats believe that Roe or Trump, or both, can create a similarly unusual political environment, which would allow them to maintain one or both of their narrow congressional majorities. Even Republican Senate Leader Mitch McConnell has begun to suggest that Democrats could maintain control in his chamber, laying the blame at lackluster GOP candidates (and subtly also blaming Trump, who recruited or supported several of them. The House would be a far more difficult feat, but nonpartisan prognosticators are now predicting a much narrower Republican majority than they had been expecting even a few months ago.

On top of all of this is the emergence of a re-energized Biden, who hit the campaign trail last week with his most aggressive and combative language since the 2020 election. Biden’s poll number are edging up as well, and while still at historically low levels, they have returned to levels that may allow some Democratic down-ticket candidates to overcome his drag on the ticket. And the fundraising wars seem to be favoring the Democrats as well, as the party builds large cash advantages in many key races and Republicans pull money out of some of their most challenging campaigns.

It’s impossible to predict the twists and turns that will take place between now and the election. Many of these races will turn on local factors rather than national tides. But the Democrats are undeniably in their strongest position of the year and they appear to be peaking at precisely the right time. This definitely does not suggest that Democratic majorities are a probable outcome. But it does mean that the massive Republican advantage that appeared to be defining this critical campaign cycle is much smaller than expected.

Biden’s supporters have been quick to remind us that both Bill Clinton and Barack Obama lost their party’s congressional majorities in their first midterm elections and recovered to achieve decisive re-election victories two years later. The fact that we have been hearing that spin so much less frequently in recent weeks should tell us how much better the Democrats are feeling about their prospects in November.