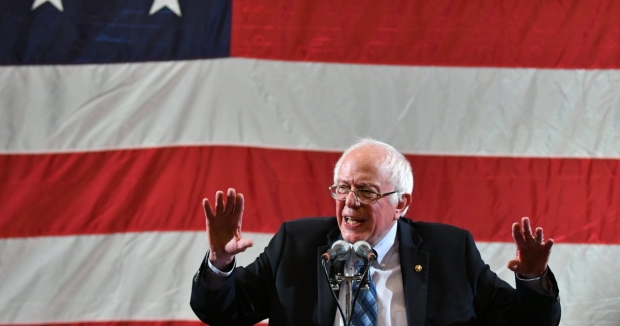 They’ve become known in the Washington insider shorthand as “Sinemanchin” or “Manchinema”. Senators Joe Manchin and Kyrsten Sinema have become so linked in their resistance to the progressive wave within the Democratic Party that they now have their own joint nickname. Because a 50-50 Senate requires absolute party-line unanimity on every vote, either Manchin or Sinema can stop any legislation from passing.

During intramural Democratic fights over voting reform, eliminating the filibuster and most recently and visibly, the battle over the various iterations of Joe Biden’s climate change and social spending legislation, Manchin or Sinema or both have often seemed like the last remaining obstacle preventing their party from achieving their policy goals.

Senator Bernie Sanders was the chief architect of the original legislative package earlier this year that came with a $6 trillion price tag. Sinema  and Manchin’s objections forced Sanders to reduce that bill’s cost first to $3.5 trillion and this past week to $1.75 trillion. Coupled with Biden’s trillion dollar infrastructure and Covid relief plans, this still represented the largest outlay of government spending since the New Deal. But as Sinema and Manchin continued to whittle away at his ambitious plans, last week Sanders’ frustration finally boiled over.

“You got 48 out of 50 people supporting an agenda that works for the American people,” said the Vermont Senator. “2 senators cannot be allowed to defeat what 48 senators and 210 House members want.”

Sanders’ unhappiness is shared by the vast majority of his colleagues, who regularly rail against Manchin and Sinema with varying degrees of vitriol. But there are two flaws in his argument against them. First and most fundamentally, there are not 50 United States Senators. There are 100. If you do redo Sanders’ math, the 48 Senators who are currently supporting the legislation are outnumbered by the 52 that are not. Even though the Republicans have abandoned any pretense of participation in the debate over Biden’s goals, they are still entitled to vote on the final bill. And if that vote were held today, Sinema and Manchin would join them in opposing it, and defeating it.

But the basics of arithmetic aside, there is another reason why these attacks on the two Democratic strays is deeply misguided. Manchin, because of the conservative leanings of his home state of West Virginia, and Sinema, due to her own personal and political idiosyncrasies, are very comfortable brandishing their centrist credentials in the public and media spotlight. But there are a number of other Democrats in both chambers of Congress who share their ideological grounding but not their penchant for publicity. On any number of issues where the two have resisted the majority of their caucus wishes, they are often quietly joined by fellow moderates.

Senators Jon Tester of Montana, Mark Warner of Virginia, Maggie Hassan and Jeanne Shaheen are some of the other Democratic members of the upper chamber who are content to let Manchin and Sinema take on the rest of the party in public and whose political interests are served by a less aggressive left-leaning agenda. And almost three dozen House members who are embroiled in fiercely contested re-election campaigns, also benefit from allowing the two highly visible Senators to soak up the insults from the left while they unobtrusively occupy the same ideological space.

The personalized nature of the attacks on Sinema and Manchin allow progressives to pretend that the opposition to a Sanders-esque agenda is much smaller and isolated than is actually the case. Recognizing that their party – and the country – have significant disagreements on these matters would also require admitting that more measured policy alternatives would enjoy broader public support. That would mean scaling back their own political goals, which isn’t nearly as exciting. (Although it could actually increase the chances for continued or expanded Democratic majorities after next November’s elections.)

It’s entirely possible that the Sinemanchin duo may be able to sign off on compromise legislation in the days ahead, which would make this discussion much less relevant. But the fact that they are easy and visible targets for the political left should not detract from the fact that they represent a much larger constituency that Sanders and his followers would care to admit. And that this constituency is largely comprised of voters who decide close elections.