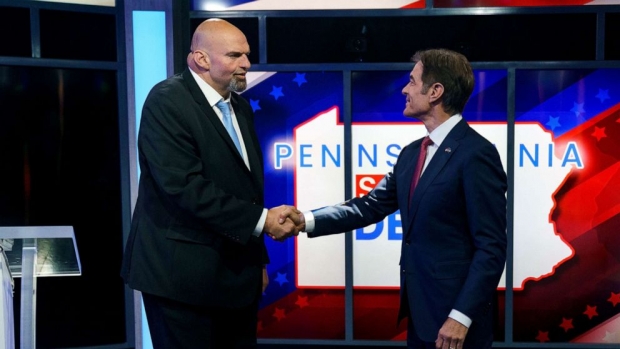 Greg Nash, handout via EPA via Shutterstock via ABC News

Leading up to the 2022 midterm elections, AllSides has examined where candidates in key races stand on the country’s biggest issues.

Now that the elections are upon us, we’ve compiled our coverage of candidates’ stances on abortion, immigration, climate change, healthcare, voting rules, and gun control to offer a guide as a new group of lawmakers gets set to take office.

Following the Supreme Court decision in Dobbs v. Jackson Women's Health Organization that overturned Roe v. Wade, it's no surprise that abortion is a key issue in the upcoming elections.

Whether or not a state’s abortion laws are currently changing, it’s an issue that candidates have been confronted with nationwide.

What the 2022 Candidates are Saying About Immigration

Across the political spectrum, candidates see immigration and border security as an area in need of reform. Whether this entails expanding border security and tightening restrictions or providing more accessible, efficient pathways to citizenship, many candidates are taking a stance on the issue and incorporating policy goals into their campaigns and political agendas.

What the 2022 Candidates Are Saying About Climate Change

While some candidates view climate change as one of the most pressing issues facing our nation, others focus less on that and more on currently-high energy costs and fiscal responsibility, sourcesare placing less of a focus on energy and the environment in their proposed policy.

Regardless of their stance, many candidates cannot avoid discussing this hot-button topic as the midterm elections begin to close in, due to its wide-ranging implications for the economy, energy usage, transportation and more.

What the 2022 Candidates Are Saying About Healthcare

Healthcare is an ever-present issue in the minds of politicians and voters alike. While differing on specific policy priorities, both Democrats and Republicans voters indicate healthcare is of importance when selecting candidates.

What the 2022 Candidates Are Saying About Voting Rights and Elections

Decisions regarding voting and elections often raise various  a plethora of other concerns, from election security and foreign relations to discrimination and racism. As a result, the issue brings about heated debate in Senate, House, and gubernatorial races alike.

The issue of gun control and gun rights is a relentless point of controversy in the political space, especially in light of recent mass shootings in Texas, New York, and elsewhere. While some advocate for increasing restrictions, others see these restrictions as imposing upon Second Amendment rights.

Rose Mercer is an AllSides Content Intern. She has a Lean Left bias.