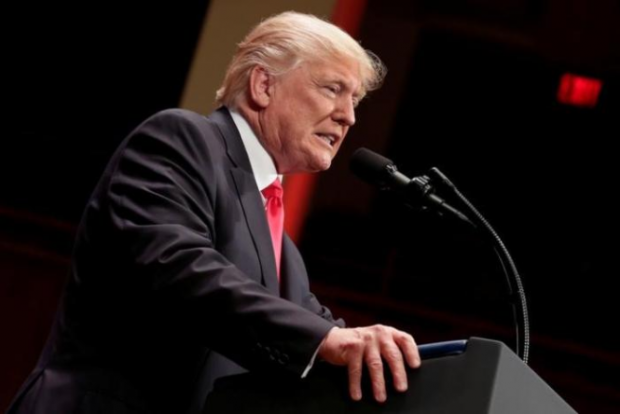 President Trump's war with the mainstream media reached new heights this week when he tweeted a controversial video of himself attacking the CNN logo. While his actions received condemnation from several news outlets, coverage of the tweet varied drastically across the partisan divide. Left-leaning sources cited Trump's penchant for violent rhetoric, whereas Right-leaning sources were more apt to come to the President's defense.
Check out this article in the Huffington Post about the work two teachers are doing to help students fight polarization. Interested in trying something similar? Sign up for our Fall launch of Mismatch!
Snippets from the Center
Trump tweets mock video of himself tackling, punching CNN logo
Reuters
"The video appeared to be a modified version of a 2007 appearance by Trump at World Wrestling Entertainment's WrestleMania 23 promotion, in which Trump "takes down" WWE Chairman Vince McMahon. In Sunday's video, McMahon's head has been replaced with the CNN logo.
...
Trump's Sunday tweet followed his scathing and highly personal Twitter attack on two MSNBC anchors last week, which drew condemnation from Republicans, including Speaker of the House of Representatives Paul Ryan, and Democrats alike.
...
At an event honoring veterans at the Kennedy Center in Washington on Saturday evening, he told the crowd that the media had tried to stop him from coming to the White House.
'But I'm president, and they're not,' he said."
Snippets from the Left
Trump Marks Independence Day Weekend With Fantasy About Beating Up Journalists
Huffington Post
"President Donald Trump renewed his attacks on the media Sunday, tweeting a video that seemed to endorse violence against journalists.
...
During his raucous presidential campaign rallies, Trump often incited protests and violence against reporters.
...
Trump on Saturday tweeted a tirade about the media, part of his continuing efforts to undermine the work of journalists. In one tweet, he suggested calling CNN 'fraud news,' and subsequently pinned the tweet to feature it prominently on his account page.
...
Against the backdrop of Trump’s relentless attacks against the media and portraying reporters as 'the enemy of the people,' journalists have been targeted in acts of violence this year."
Snippets from the Right
Trump Body Slams "#FraudNewsCNN" in His Latest Assault Tweet
Townhall
"That's a clip from Wrestlemania 2007 (sources say) where Trump is unleashing on Vince McMahon, but it's been edited to show him pummeling CNN. Right on cue, the accusations flew that Trump is a violent man threatening the media.
He's also got two new hashtags in there - #FraudNewsCNN and #FNN. In a tweet Saturday he teased that he would be changing the name.
The video was first posted on the President's personal Twitter account, but the official POTUS account retweeted it. CNN's Jim Acosta, who has been whining all week about supposedly being treated unfairly, replied solemnly.
Yes, Jim, pro wrestling is fake, which is what he's accusing your news of being."
Discover more on this topic on AllSides.
News, Story Of The Week, Media Bias, Donald Trump, Fake News, Polarization