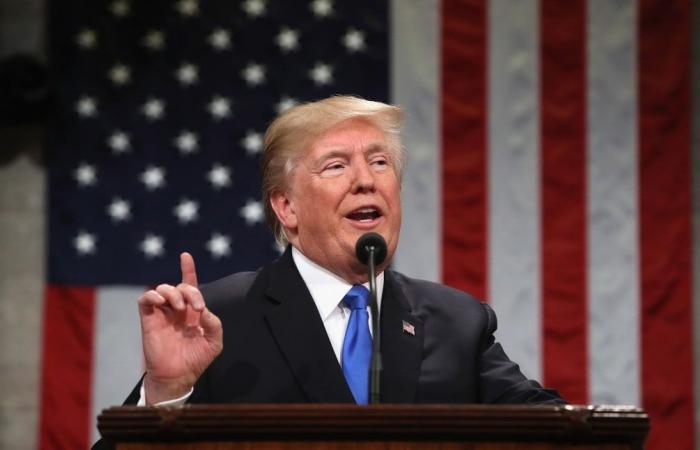 President Trump gave his first State of the Union address on Tuesday, and reactions varied widely across the aisle. Many on the Right celebrated the speech as presidential, while many on the Left criticized Trump for what they felt was divisive rhetoric, particularly surrounding the immigration debate.
As we do from time to time, we are updating some of our source ratings. Make sure to check out the Politico media bias update.
Other news from AllSides:
Snippets from the Left
A divisive and misleading State of the Union
Washington Post
"HAVE A president’s words ever rung more hollow? In his first State of the Union address Tuesdaynight, President Trump spoke of 'what kind of nation we are going to be. All of us, together, as one team, one people and one American family.' Yet Mr. Trump could not avoid, even for an hour, lacing his address with divisive references to hot-button issues and graceless attacks on his predecessors: to 'disastrous Obamacare,' 'the mistakes of past administrations,' 'the era of economic surrender' and more.
More to the point, he offered little reason to hope that his second-year policies would be more constructive than those of his first. The president spent the past year attacking America’s democratic institutions and splitting the 'American family.' His concern for building 'one team' has not stopped him from ramping up deportations of harmless people or imperiling the future of the 'dreamers,' all of whom have played their part on the American team.
...
Mr. Trump did not mention many of the nation’s biggest, longer-term threats. The fiscal crisis, worsened by his tax bill, threatens future generations. Economic inequality is high. The world continues to warm. Russia’s meddling poses a threat to U.S. elections. Sadly, the morning after a very long speech, none of that is going to look any different."
Snippets from the Right
Patriotism Offends Liberals During Trump’s State Of The Union
The Daily Caller
"President Trump’s first State of the Union address was by all accounts a smashing success. Instant polls of Americans who watched the speech found that at least 70 percent of Americans — including a large majority of independents — agreed with what Trump was saying... But Democrats and liberal pundits were quick to imagine that there was some dark force hidden in Trump’s remarks, and they were compelled to call it out.
...
One of the more important political fights of our time is how we define America. Is it a nation of immigrants with no inherent culture, or is it a nation defined by its citizens? Is the best of America represented by the illegal immigrant Dreamer, or is it embodied by the police officer who adopted the daughter of a heroin addict? Do we embrace all languages, or do we insist that English is our national language? Are our symbols and anthem problematic and needing a change, or do we continue to revere them?
These are conflicts that dominated the responses to Trump’s State of the Union. With the Democrats’ help, the president is declaring himself on the side of those who honor the flag and the anthem."
Snippets from the Center
In State of the Union, Trump Vows Optimism as More Fights Loom
Wall Street Journal
"Mr. Trump steered clear of direct attacks on political opponents, while holding open the possibility of bipartisan cooperation in an era that he dubbed 'our new American moment' for rebuilding the country culturally and economically.
...
However, his framing of the immigration debate, with a heavy emphasis on protecting victims of crimes committed by people living in the country illegally, may make reaching a deal with Democrats on the issue harder.
...
The largest question marks about the speech centered on how he would work to enact fresh legislative goals, including an infrastructure program and immigration legislation, in the face of testy relationships on Capitol Hill and divisive debates within and between the two parties.
...
Republicans said that Mr. Trump had extended a hand to Democrats and that it was up to the minority party to decide whether they accept Mr. Trump’s offer of working together."
Discover more on this topic on AllSides.
Tags:
Politics
State of the Union
SOTU
Story of the Week
News

END_OF_DOCUMENT_TOKEN_TO_BE_REPLACED
Go ad-free!   About these ads