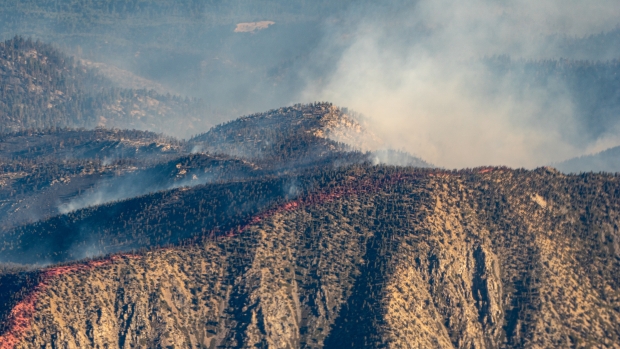 This article is part of our "Trump vs. Biden" Perspectives Blogs series, in which we'll analyze and explain each candidate's positions on major issues leading up to the 2020 presidential election. This blog will examine each candidate's stances on matters pertaining to environmental policy.

Biden’s $2 trillion environmental plan attempts to reach a “100% clean energy economy and reach net-zero emissions no later than 2050.” He vows to undo Trump’s environmental rollbacks and rejoin the Paris Climate Accord. Biden supports banning new oil and gas permits; he's also promised that fracking will continue, but that no new fracking will happen on public land.

Trump’s environment plan rolls back regulations in favor of attaining U.S. energy independence and fossil fuel revitalization. His “America First Energy Plan” focuses on “producing low-cost energy and creating American jobs.” Trump has relaxed oil and gas industry limits, and is pulling the U.S. out of the Paris Climate Accord. He has questioned climate change science on multiple occasions.

Former Vice President Joe Biden’s $2 trillion environmental plan is an effort to reach a “100% clean energy economy and reach net-zero emissions no later than 2050” by building a “clean energy infrastructure” that boosts the economy by creating jobs. The money would go toward energy efficiency updates, such as increasing the share of wind, solar and other renewable energy systems in the U.S.; the plan calls for ending fossil fuel energy by 2035. Biden has also vowed to undo Trump’s environmental policy rollbacks and rejoin the Paris Climate Accord. He supports banning new oil and gas permits, but has promised, however, that fracking will continue, though he said there will be no new fracking sites put up on public land. In 1988, Biden co-sponsored the Ocean-Dumping Ban Act, which prohibited dumping sewage, sludge and industrial waste. In May, Biden said he was one of the first to back a climate change bill in the Senate in 1987 — that bill was the Global Climate Protection Act of 1986, that was largely put into a spending bill in 1987. Biden supported higher fuel efficiency standards for motor vehicles and caps on greenhouse gas emissions.

Biden criticized Trump’s comments on the effects of climate change in California, calling the president a “climate arsonist." During the first presidential debate, Trump said Biden supported the Green New Deal. Biden responded, "“No, I don’t support the Green New Deal. I support the Biden plan I put forward, which is different than what [Trump] calls the Green New Deal.” Alexandria Ocasio-Cortez responded in a tweet expressing her support for Biden's Climate Unity Task Force.

As part of his “America-first” agenda, President Donald Trump rolled back a number of Obama-era environmental policies during his first term in favor of attaining energy independence by reviving the fossil fuel industry. Shortly after inauguration, Trump unveiled his "America First Energy Plan,” which emphasizes fossil fuels and makes no mention of renewable energy. Trump has weakened limits on greenhouse gas emissions from cars and trucks, as well as on the oil and gas industry — limits put in place under the previous administration. Trump has also relaxed regulations on coal power plants, and opened more public land to gas and oil drilling companies; he is also in the process of pulling the U.S. out of the Paris Climate Accord. The Trump administration revoked California’s authority to set stricter transportation emission standards, which resulted in a lawsuit from the state. Trump’s fossil fuel agenda received push back from federal judges in September when an appeals court refused to reinstate permits for oil and gas pipelines that had already been canceled in lower courts.

Trump has at times expressed disbelief in climate change. Trump once said climate change was a Chinese government conspiracy designed to sabotage American manufacturing, but he has since said that remark was a joke. In a July statement, Trump framed Biden’s environmental policies as a “hard-left crusade against American energy” and criticized Alexandria Ocasio-Cortez’s Green New Deal.

Photo by Patrick Campanale on Unsplash