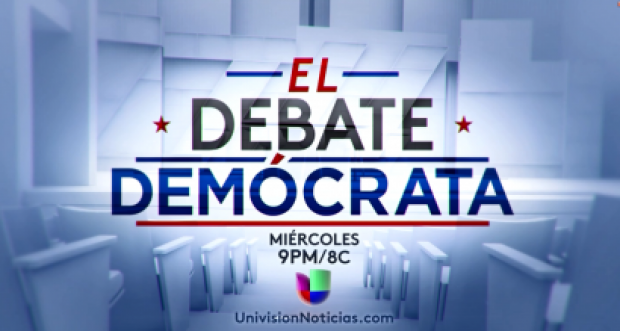 This was an eventful week in the Democratic race for the 2016 presidential nomination. Hillary Clinton and Bernie Sanders had a Fox News town hall, a primary with some surprising results, and a televised debate. Let’s have a look at what’s happening with Bernie vs. Hillary from the perspective of four different viewpoints.
See other news featured by AllSides such as Super Tuesday 2 Results, Primary Day in Michigan, Cruz Surges Forward and the latest AllSides News.
Snippets from the Right
Exit Polling Showing Hillary’s Honesty Problem ‘Won’t Go Away’
Breitbart
“Washington Post political reporter Chris Cillizza, said according to exit polls, Democratic presidential front-runner Hillary Clinton’s questions regarding her honesty and trustworthiness ‘won’t go away.’
Discussing Sen. Bernie Sanders’ success against Clinton, Cillizza said, ‘Well, so he started your interview exactly how he should have, which is talking about trade and how these trade policies have been so bad for the Midwest in particular, he names Missouri, he names Illinois — those are the places he’s going to focus on. What is bad for them broadly is this means the race is going to go a lot longer. He is likely to win Oregon. He is likely to win Washington state. Wisconsin he is more in the game. Pennsylvania, which is the end of April, he is more in the game and could stay in for. It’s going to, I think, make her weaknesses, and that’s with young people as we found many times in exit polling, that’s with people who prize honest and trustworthiness.’”
Snippets from the Left: Pro Clinton
Opinion: Five reasons Bernie Sanders lost last night’s Democratic debate
Washington Post
“The Vermont senator needed a good night in Michigan to change the dynamic of a nominating contest that has been slipping away from him. He didn’t get it.
Instead, in the seventh Democratic debate, Sanders found himself on the defensive for the first time ever over his vote against the auto bailout. He poorly handled delicate racial and gender dynamics. He seemed angry, and he came across as someone who is running to make a point – not to win. He even managed to offend the mentally ill.While many pundits are calling the CNN debate a draw, after reading the clips and monitoring cable chatter this morning, we are convinced it was a clear loss. Here are five main reasons why…”
Note: The Washington Post also published another opinion piece titled "Four reasons Hillary Clinton lost the Democratic debate" after Wednesday's debate, but for variety, we are highlighting a Pro Sanders article from a different left source.
Snippets from the Left: Pro Sanders
Opinion: The big difference between Clinton and Sanders
Guest Writer- CNN
“Hillary Clinton's answer to all this is the status quo, echoing the approach of both President Clinton and President Barack Obama: Talk about public investment, health costs and wage justice, but in fact do too little about them, instead keeping the alliance with Wall Street, accepting a strong limit on public-sector programs and promising to keep taxes low. Hillary Clinton has waffled on fracking, the now-defunct Keystone pipeline, and international investment agreements that undermine worker and environmental rights.
Remember that it was Bill Clinton who brought Wall Street into the Democratic fold, but at the cost of financial deregulation, privatization of prisons and other public services, a quarter century of financial bubbles, low taxes on the rich, falling public investments, and the off-shoring of jobs.”
Snippets from the Center
7 Democratic Debate Moments: Clinton And Sanders Clash Over Cuba, Immigration Reform
NPR
“This is a marathon and a marathon that can only be carried out by the type of inclusive campaign I'm running,’ Clinton said. ‘I was pleased I got 100,000 more votes last night than my opponent and more delegates.’
Sanders argued that he's the one with the momentum, calling his win in Michigan ‘one of the major political upsets in modern presidential history.’
‘And I believe that our message of the need for people to stand up and tell corporate America and Wall Street that they cannot have it all is resonating across this country,’ Sanders said. ‘And I think in the coming weeks and months, we are going to continue to do extremely well, win a number of these primaries and convince superdelegates that Bernie Sanders is the strongest candidate to defeat Donald Trump.’”
Discover more on this topic on AllSides.
News, Bernie Sanders, Hillary Clinton, Election: Presidential