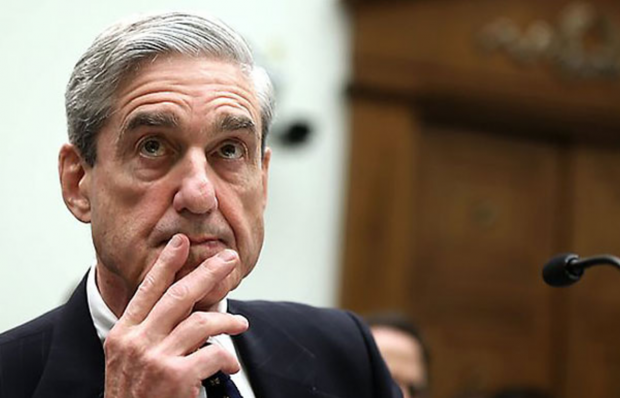 Deputy Attorney General Rod Rosenstein appointed former FBI Director Robert Mueller to be the special counsel overseeing the investigation into any links between the Trump presidential campaign and Russia. The appointment has been praised by Democrats and many Republicans. However, some wonder if this will just add to the political theater and distract from more important issues, and the White House maintains that an investigation is a waste of taxpayer money and unnecessary.
What to have your voice heard in Washington? AllSides has partnered with a nonpartisan coalition of 25 organizations on a powerful new survey “What’s Your American Dream?” This unique survey, hosted on TheChisel.com, is quick and easy like a game - takes 5 minutes once a week for 7 weeks.  Results will be shared with the media and hand-delivered in September to the President, Cabinet, Members of Congress, Supreme Court, and state governors.
See other news featured by AllSides such as Roger Ailes Dead, Trump, Comey and the Flynn Investigation, WaPo: Highly Classified Info Was Released and the latest AllSides News.
Snippets from the Left
The new special counsel investigating Trump: who he is, what he can do, what comes next
Vox
"The Justice Department’s decision to appoint former FBI Director Robert Mueller as a special counsel charged with investigating possible collusion between the Trump campaign and Russia is a win for Democrats, a new blow to a reeling White House, and a clear sign that the scandal that has engulfed the administration will only accelerate in the weeks and months ahead.
...
There's a lot to unpack there, including the fact that Mueller won't have the powers many people assume. He also won't be entirely independent. But he'll have a lot of power all the same — and is probably almost literally the last person Trump would want in the job.
Special prosecutors and special counsels are both appointed to remove conflicts of interest in federal criminal investigations, if the situation would otherwise lead to officials investigating their own superiors. They are supposed to be independent, usually either judges or highly respected attorneys."
Snippets from the Right
Former FBI Director Appointed Special Counsel To Oversee Trump-Russia Investigation
Daily Caller
"Deputy Attorney General Rod Rosenstein has appointed former FBI Director Robert Mueller to oversee the FBI investigation into any alleged collusion between the Trump 2016 campaign and the Russian government.
'In my capacity as acting Attorney General, I determined that it is in the public interest for me to exercise my authority and appoint a Special Counsel to assume responsibility for this matter,' said Deputy Attorney General Rosenstein in a press release Wednesday. 'My decision is not a finding that crimes have been committed or that any prosecution is warranted. I have made no such determination. What I have determined is that based upon the unique circumstances, the public interest requires me to place this investigation under the authority of a person who exercises a degree of independence from the normal chain of command.'”
Snippets from the Center
Special counsel appointed in Russia probe
CNN
"In a statement, Trump said an investigation will confirm that 'there was no collusion' between his campaign and Russia.
'As I have stated many times, a thorough investigation will confirm what we already know -- there was no collusion between my campaign and any foreign entity. I look forward to this matter concluding quickly. In the meantime, I will never stop fighting for the people and the issues that matter most to the future of our country.'
In a brief statement, Mueller said, 'I accept this responsibility and will discharge it to the best of my ability.'
News of the special counsel announcement was closely held. The White House received a heads-up less than an hour before the news broke at 6 p.m. ET. The rest of House leadership and rank-and-file members were in the dark, but a Justice Department official did reach out directly to Speaker Paul Ryan shortly before the announcement to let him know of the special counsel appointment, according to a GOP source."
Discover more on this topic on AllSides.
News, Story Of The Week, Robert Mueller, FBI