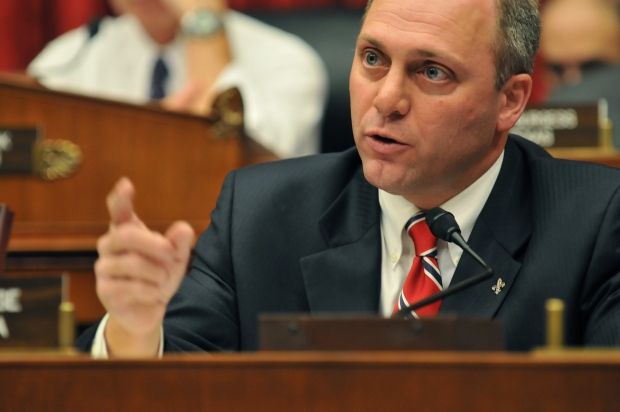 Yesterday morning in Alexandria, VA, a gunman opened fire on the GOP's Congressional Baseball Game practice, critically wounding House Majority Whip Steve Scalise (R-La.). In the wake of the shooting, leaders from both sides of the aisle have come together expressing calls for unity, and many have been denouncing extreme rhetoric. The annual Republican/ Democratic baseball game is still on - you can check out the game which is live now and they are also still accepting donations.
Read some of these unifying statements and what you can do to help in our blog Fight the Rage and Ignorance - That's What AllSides Is All About - Here Is What You Can Do.
AllSides has partnered with a nonpartisan coalition of 25 organizations on a powerful new survey “What’s Your American Dream?” to get your voice heard in Washington. Week 5 is on Services. Please, take the survey now, and share this link with your nearest and dearest!
Did you know AllSides has a Chrome extension? Want to know the bias of the news sites you surf? Download it today!
Snippets from the Center
OPINION: After baseball attack, the hate in politics has got to go
CNN
"Shortly after Wednesday morning's attack on Republican members of Congress practicing for the annual Congressional Baseball Game, Congressman Rodney Davis, still in his baseball clothes, spoke to CNN's Brianna Keilar.
In addition to describing the events he witnessed, he spoke from the heart.
'This hatefulness that we see in this country today over policy differences has got to stop ... Republicans and Democrats need to use this day today to stand together and say 'stop.' Let's work together. Let's get things done," he said. "We can have our differences, but let's not let it lead to such hate.'
...
On the far ends of the political spectrum, invective and hate -- or a blind 'us versus them' tribal mentality -- stand above reason and debate. Those voices gain prominence and followers as the media incentivize them to go further by giving them airtime and clicks.
Our nation faces many challenges, but healing our divisions may be our biggest one. More than Obamacare, tax reform, ISIS or our national debt, this rhetoric, and the divisions it causes, directly constrains our ability to tackle other issues."
Snippets from the Left
“The blood is on their hands”: how the right-wing media blamed Democrats for the Scalise shooting
Vox
"Shortly after the shooting of Louisiana Rep. Steve Scalise and three others in AlexandriaWednesday morning, Capitol Hill came together in a rare show of solidarity. 'We are united in our anguish,' Speaker Paul Ryan said on the House floor. 'An attack on one of us is an attack on all of us.'
...
But it didn’t take long for an angrier narrative to take hold on right-wing news outlets. Upon learning that the shooter was reportedly a Bernie Sanders supporter, conservative pundits immediately pointed fingers at liberals for promoting a 'culture of violence.'
...
The shooter, whom police have identified as 66-year-old James T. Hodgkinson of Illinois, had criticized President Donald Trump and the GOP on social media. But there was no evidence that he was incited to violence by the left’s rhetoric.
And that was what cooler heads on the right emphasized on Wednesday afternoon. 'I don't want to blame people on the left for what this person did today,' said Republican Rep. Pete King of New York to Fox News. 'He was acting on his own. I’ve been around long enough to know we have these types on both sides.'"
Snippets from the Right
#Resist, They Said, And So Resist He Did
American Spectator
"Go look through leftist’s bios on Twitter. It will be the rare exception where the following hashtags are not included: #Resist, #Resistance, #ResistTrump.
The media loves The Resistance. Loves.
What is the next step to an active resistance? It’s really not complicated: Armed resistance.
The media-Left plasters Coexist bumper stickers on their cars, but as anyone who’s followed a Prius for some distance will tell you, their behavior is anything but tolerant.
...
For years, the Left has lectured about civility — right up and until the election where Donald Trump was challenged about whether he’d accept the election results. Meanwhile, Hillary Clinton opined this at a Manchester rally, 'He became the first person, Republican or Democrat, who refused to say that he would respect the results of this election. Now, that is a direct threat to our democracy.'
Since Hillary lost, she’s blamed everyone but herself and has championed Resistance. She’s become a direct threat to our democracy.”
Discover more on this topic on AllSides.
Story Of The Week, News, Steve Scalise, Shooting