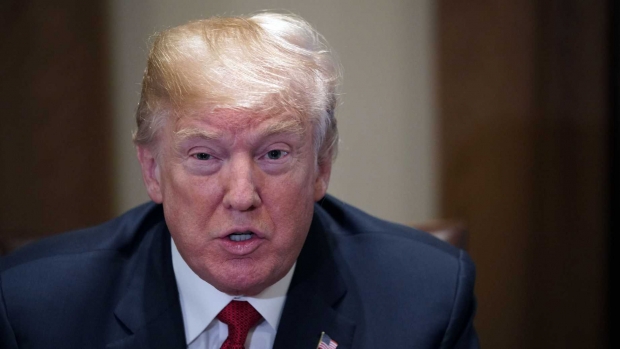 President Trump officially withdrew from the Iran Deal, an Obama-era international accord that lowered sanctions on Iran in exchange for limiting the country's ability to make nuclear weapons. Supporters of the decision argue that the agreement did not effectively reduce nuclear weapons development and even emboldened nuclear aspirations in the Middle East without consequence. Detractors say that it will isolate the U.S. from European allies, hinder conversations with North Korea, negatively impact the oil market, and empower leaders in Iran.
Take a look at some other big stories this week: US Detainees in North Korea Have Been Freed, Document Alleges Michael Cohen Received Millions of Dollars in Exchange for Access to Trump, and New York Attorney General Eric Schneiderman Resigns Amid Reports of Assault.
Snippets from the Right
The Day The Iran Deal Died
Daily Wire
"Team Obama lives in a world of fiction.
As President Trump announced to the world that he would finally put a stake through the heart of the Iran deal — the signal foreign policy 'achievement' of the Obama administration — Obama's former staffers lamented, rending their sackcloth and smearing their ashes.
...
In hearing all of these honeyed voices speak, one might think that Iran has been acting responsibly for the last three years, that it hasn't been pursuing a campaign of horrific terrorism in Yemen and Syria, that it hasn't been sponsoring the takeover of Lebanon by the terrorist group Hezbollah, that it hasn't been funding the Palestinian terror group Hamas, that it hasn't been developing long-range ballistic missiles while leading chants saying 'Death to America.'
...
Obama and his staff lied repeatedly to the American people about the Iran deal — and they continue to lie. When Kerry says that the deal will 'empower Iran's hardliners,' he is repeating an outright fabrication: The hardliners are in charge of the government, and the deal strengthened them."
Snippets from the Center
U.S. withdraws from Iran nuclear deal, a set-up for Trump's ultimate goal
USA Today
"Not re-issuing the waivers required under the nuclear agreement 'will have a devastatingly chilling effect on any kind of economic activity' between Europe and Iran, said Tony Blinken, who was deputy secretary of State under President Barack Obama and helped negotiate the deal.
...
Trump campaigned against the Iran nuclear agreement, which he called the worst ever negotiated. He cited weaknesses in the deal that the leaders of France, Germany and Britain have acknowledged and pledged to improve. Those include: Eliminating expiration dates on the most important restrictions on Iran's nuclear activity, which would allow Iran to resume large-scale processing of nuclear fuel starting in 2025; Allowing inspections of military sites, which Iran currently disputes; Limiting Iran's ballistic missile program; Addressing Iran's support for terrorist groups across the Middle East.
...
Trump's ideal goal is to negotiate a better deal with Iran, said Stephen Rademaker, a former arms control official at the State Department under President George W. Bush.
'Our president believes he is a negotiator,' Rademaker told the House Foreign Affairs Committee on Monday before Trump announced his decision."
Snippets from the Left
Trump withdraws from Iran nuclear deal, isolating him further from world
CNN
"Trump's decision could have explosive consequences, straining longstanding US alliances, disrupting oil markets and boosting tensions in the Middle East, even if the US reversal doesn't lead Iran to restart its atomic program.
While Trump supporters praised the move, analysts and critics said it undermines Washington's credibility in future negotiations -- particularly with North Korea -- and potentially empowers the very hardliners in Iran that Trump vilified in his remarks.
It also further isolates Trump on the global stage, where he has angered even the staunchest US allies by reneging on US commitments to the Paris climate accord and pulling out of the Trans-Pacific Partnership trade agreement."
Discover more on this topic on AllSides.
Foreign Policy, Iran Deal, Middle East, Story Of The Week, News