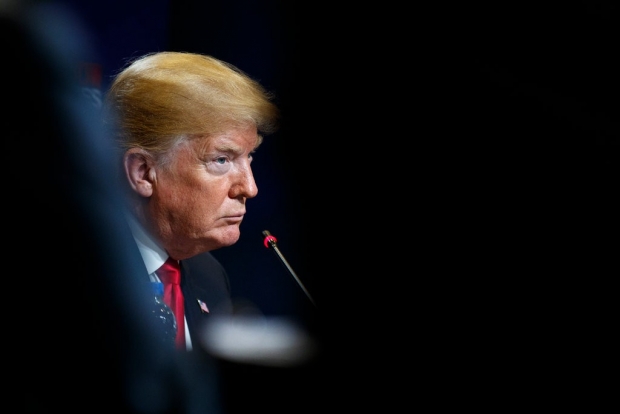 President Trump on Thursday canceled the much anticipated summit with North Korea in a letter to Kim Jong Un that cited “tremendous anger and open hostility” from the country. Supporters of the decision argue that the president made the right call in the wake of North Korea's recent remarks about the US, which mocked Vice President Mike Pence and pointed to a potential nuclear confrontation. Detractors say that Trump acted impetuously, and that he cannot be trusted to peacefully stabilize relations with Kim Jong Un.
Also this week, Elon Musk recently announced he plans to create a site that rates journalists based on credibility. While we appreciate the idea, we hope he does not repeat Facebook’s and Google’s mistake of using a popularity algorithm to rank media outlets. Truth is not always popular. We have a better way at AllSides -- check out how we rate media bias and take a look at our media bias ratings.
Take a look at some other big stories this week: Federal Judge Rules President Trump Blocking Users on Twitter Violates Constitution, Democrats Propose Raising Teacher Pay By Rescinding Tax Cuts For Wealthiest Americans, and Aftermath of Texas School Shooting.
Snippets from the Left
Trump’s Relationship With North Korea Just Got More Dangerous
The New York Times
"Now we enter a more dangerous period in relations with North Korea.
President Trump topped a particularly inept diplomatic period by canceling his meeting with the North Korean leader, Kim Jong-un. The previous policy of maximum economic pressure on North Korea may no longer be viable, so the risk is that Trump ends up reaching for the military toolbox.
As every president since Nixon — except for Trump — has realized, the military options are too dangerous to employ. That’s even more true today, when North Korea apparently has the capacity to use nuclear, chemical and biological weapons against Seoul, Tokyo and perhaps Los Angeles. Yet Pentagon officials seem deeply nervous that Trump doesn’t realize this and has a Kim-like appetite for brinkmanship in ways that create risks of a cataclysm.
...
There was some political risk that Trump would look foolish reaching a general agreement with North Korea that was much less significant and onerous than the one he tore up with Iran.
...
In weighing the risks ahead, commentators sometimes note that Kim is rational and doesn’t want to commit suicide. That’s true, but it doesn’t particularly encourage me. Rational actors regularly make awful decisions. Saddam Hussein wasn’t suicidal, and neither was George W. Bush, but they both acted in ways in Iraq that were catastrophic.
Both Trump and Kim would still like to make a summit happen. So I’m hoping for the best, but fearing for the worst."
Snippets from the Right
Trump had to cancel the North Korea summit -- We almost lost sight of who we're dealing with
Fox News
"President Trump did the right thing Thursday when he canceled his planned June 12 summit in Singapore with North Korean dictator Kim Jong Un and pledged to continue a 'maximum pressure campaign' against the nuclear-armed communist dictatorship.
Kim really gave President Trump no choice, after North Korean propaganda outlets once again made veiled references to a potential nuclear clash with the U.S. After that, President Trump would have looked weak and foolish to meet with the dictator – with a summit essentially legitimizing Kim.
...
If President Trump had flown to Singapore looking like he was begging Kim for an audience and then walked away without a concrete denuclearization pledge from the dictator, the United States would have been humiliated. Tensions between the U.S. and North Korea would have surely intensified – raising the chances of a military confrontation
...
If Kim wants a basket of incentives first before giving up anything – like a peace treaty, diplomatic recognition and the removal of sanctions – then we will never have a summit. In fact, we could very well go back to the same cycle of missile tests that brought us to the brink of armed conflict year.
But no matter what happens next, let’s just remember who we are dealing with in North Korea. Optimism be damned."
Snippets from the Center
Trump cancels Kim summit amid North Korea 'hostility'
BBC News
"Prior to the thaw in relations between North and South Korea that began the process that led to the summit date, wild rhetoric was being exchanged between Pyongyang and Washington raising serious fears of a renewed conflict on the Korean Peninsula.
Will North Korea now resume its long-range ballistic missile testing? Will the war of words be renewed? Or might there be a slim chance of some kind of diplomatic process being maintained?
...
'I was very much looking forward to being there with you. Sadly, based on the tremendous anger and open hostility displayed in your most recent statement, I feel it is inappropriate, at this time, to have the long-planned meeting,' Mr Trump said in a letter to Mr Kim.
...
South Korean President Moon Jae-in said "I am very perplexed and it is very regrettable that the North Korea-US summit will not be held", the Yonhap agency reported. This year has seen improving ties between North and South Korea, with the leaders of both holding a summit just last month.
...
In the US, Republican Senator Tom Cotton praised President Trump for 'seeing through Kim Jong-un's fraud'. But Democratic Senator Brian Schatz said the move was what happened 'when amateurs are combined with warmongers'."
Discover more on this topic on AllSides.
North Korea, Donald Trump, Kim Jong Un, Story Of The Week, News