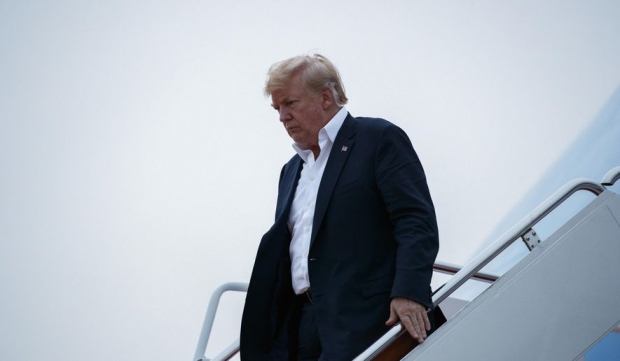 President Donald Trump and North Korean dictator Kim Jong Un met for a summit in Singapore on Tuesday, closing with a signed agreement that said Pyongyang would establish "complete denuclearization of the Korean Peninsula."
Some on the Right have celebrated the meeting as a success and are optimistic that steps have been taken towards dismantling Kim's nuclear weapons program. However, many on the Left doubt the veracity of those claims, arguing that the agreement is vague and does not accomplish anything tangible.
Check out some other big stories this week: May Jobs Report Sparks Debate on Who Deserves Credit for Strong Economy, Michael Cohen Expected to Cooperate With Federal Prosecutors, and President Trump Backs Out of G7 Agreement.
And take a look at our most recent fact check article about the Supreme Court's Masterpiece Cakeshop ruling and the Philadelphia Eagles White House visit.
Snippets from the Right
We should relish Trump's successful meeting with Kim
Washington Times
"This week was a very good week for peace in the Pacific.
...
The North Korean regime has continued to build its nuclear program, with failed deterrence from the past three American presidents.
President Trump and his administration successfully negotiated several concessions ahead of the summit. North Korea ended ballistic missile tests and nuclear tests. North Korea reopened diplomatic discussions with South Korea with an eye toward formally ending the Korean War. North Korea released three American hostages.
President Trump has been more successful dealing with North Korea in one year than the U.S. has been in the last 30 years.
The summit is only an important first step.
But we must remember that six months ago, nuclear war seemed plausible, as the threats and rhetoric escalated. Those days now seem to be behind us."
Snippets from the Center
Trump says summit removed North Korean nuclear threat, but Democrats doubtful
Reuters
"U.S. President Donald Trump said on Wednesday that North Korea no longer posed a nuclear threat and his top diplomat offered a hopeful timeline for 'major disarmament,' despite skepticism at home that Pyongyang will abandon its nuclear weapons following this week’s summit.
...
Democratic critics in the United States said the agreement was short on detail and the Republican president had made too many concessions to Kim, whose country is under U.N. sanctions for its nuclear and weapons programs and is widely condemned for human rights abuses.
...
North Korea’s state media hailed the summit as a success, including highlighting Trump’s surprise announcement after the meeting that the United States would stop military exercises with South Korea, which the North has long sought.
Despite the lack of detail in the summit agreement, Trump stressed at a news conference afterward that he trusted Kim to follow through. He returned to Washington early on Wednesday and hailed the meeting, the first between a sitting U.S. president and a North Korean leader, as a major win for American security.
...
Trump also downplayed concerns about Kim’s human rights record. In an interview with Fox News broadcast on Wednesday, Trump said: 'A lot of other people (have) done some really bad things. I could go through a lot of nations where a lot of bad things were done.'
The summit statement provided no details on when Pyongyang would give up a nuclear weapons program or how the dismantling might be verified. Skeptics of how much the meeting achieved pointed to the North Korean leadership’s long-held view that nuclear weapons are a bulwark against what it fears are U.S. plans to overthrow it and unite the Korean Peninsula."
Snippets from the Left
Trump Got Nearly Nothing From Kim Jong Un
The Atlantic
"In the joint statement, North Korea did not commit to the complete, verifiable, and irreversible dismantlement of its nuclear-weapons program—a longstanding demand of the Trump administration. Instead, Kim merely reaffirmed what he had already agreed to during his April summit with South Korean President Moon Jae In: to 'work toward complete denuclearization of the Korean Peninsula.' North Korea, in other words, committed not to denuclearization but to the goal of denuclearization. And even here, the aim is the 'denuclearization of the Korean peninsula.'
...
Kim and Trump specified no timetable for denuclearizing the Korean peninsula.
...
But Trump then proceeded to, rhetorically at least, make one concession after another to North Korea. He said that U.S. sanctions on North Korea would 'come off when we are sure that the nukes are no longer a factor,' but then chipped away at that firm stance by adding that 'I actually look forward to taking them off' and that it was 'OK' that China had recently eased up on sanctions enforcement at its border with North Korea. In announcing that the United States and South Korea would suspend their joint military exercises as long as negotiations progress, he adopted North Korea’s longstanding position that these 'war games' are 'very provocative' rather than legitimate defensive measures.
...
Trump didn’t cite much concrete evidence for why he feels these nuclear negotiations with North Korea will produce a different outcome than the last 25 years of inconclusive talks—that the North is really prepared this time to relinquish the nuclear arsenal that it has spent decades building as a security blanket, at tremendous cost. 'My whole life has been deals, I’ve done great at it,' Trump noted, and his instincts within seconds of meeting Kim were that 'I think he wants to make a deal.'"
Discover more on this topic on AllSides.
North Korea, Kim Jong Un, Donald Trump, Denuclearization, Story Of The Week, News