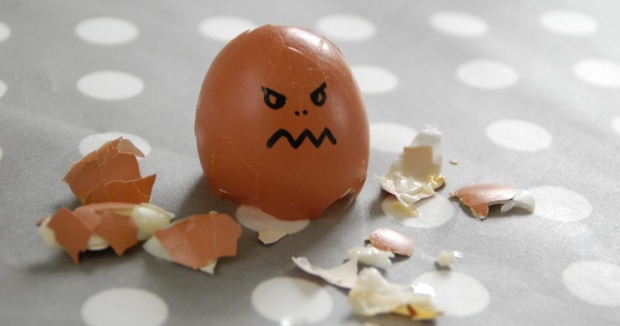 Decades ago, it was common for parents to condemn the idea of their son or daughter marrying a partner of another race, or of a different religion, or from the same sex. Times have changed, and parents have become much more comfortable thinking about same-sex, interracial, or interfaith marriages. For example, approval for black-white marriages has soared from 4% to 87% between 1958 and 2013.

Yet despite our newfound black-white color-blindness in marriage, we have lost our red-blue color blindness. According to political science professor Lynn Vavreck, only a third of Democrats and a quarter of Republican parents in 1958 wanted their daughters to marry someone of the same political party, and the rest did not care. Yet by 2016, at least 60% in both parties wanted their children to find someone of the same political party.

In their aptly titled 2014 research paper Fear and Loathing Across Party Lines, Stanford University professors Shanto Iyengar and Sean J. Westwood compared the effects of political bias to racial bias. To study hiring discrimination, researchers changed only the race or political affiliation on otherwise identical resumes and asked participants to award scholarships to high school students in a mock trial. The results surprised the researchers. When choosing between equally qualified candidates, participants showed a slight preference for African American over European American students. But when choosing between members of the same or opposite political party, participants chose their fellow partisan 80% of the time. Even more surprisingly, political bias was so strong that the majority of participants still chose their fellow partisan when the member of the other party was more qualified.

This study suggests what many Americans have already realized. Political polarization is the new bigotry. Our society is heavily biased based on our political affiliation. Far from ridding ourselves of our prejudices, we have merely shifted the brunt of our collective fear and loathing from sexism, racism, anti-Semitism, and homophobia to what Prof. Iyengar has called “partyism,” prejudice based on political party.

Why do we ostracize someone when they judge another person based solely on their gender, race, or religion, but not when they make similar presumptions based on political affiliation? Why is one form of bigotry acceptable, but not the other? Why the double standards?

Some political views really are beyond the pale and must be condemned, one might say. This is correct, but if we judge an individual for their individual views, we are not engaging in bigotry. Instead, political bigotry is when we learn about which party or candidate someone supports and immediately make presumptions about their stances on issues and their innermost thoughts and feelings.

Worldviews are complex and nuanced. We have over three hundred million unique individual views in this country on what is right or wrong, important or unimportant, shaped by over three hundred million unique life stories. And yet, we only have two viable political parties and a handful of political candidates to help express our values. So why is there an implicit assumption that, if we vote for a party or candidate, we automatically like them and support all of their policies? Some voters may have a single issue that is so important to them that they will vote for a candidate who supports their issue, even if they strongly oppose other parts of the candidate’s platform and even if they personally dislike the candidate.

So we do not know much of anything about another person's individual beliefs if we only know which party or person they voted for. Instead of getting to know the individual, people often substitute a mental image of the 'typical' person of the other party or candidate. This mental image of the other side is often uncharitable and distorted, worsened by media caricatures proliferated in our personal information bubbles.

We should continue to call out individual Democrats or Republicans for their individual views. In fact, being free to do so is necessary to a functioning democracy.

Let's start calling out this new form of prejudice when we see it, especially when it comes from our own side, because political polarization is our new bigotry.

This piece was edited by News Editor Micaela Ricaforte (Center bias), and was reviewed by James Coan (Center bias). Correspondence can be directed to james@allsides.com.

Recommended Reading
I left a job in Congress 8 years ago to pursue healing and unity. Here’s what I learned, and what was missing from the debate about the speaker of the House.