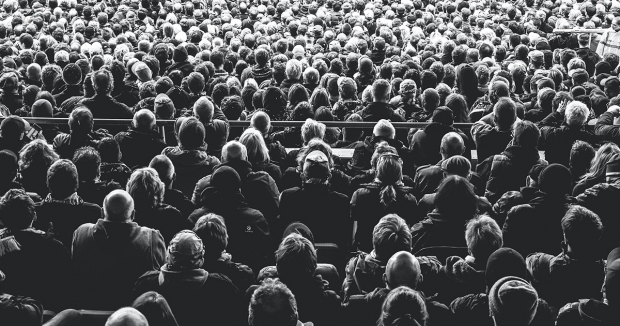 Every institution has an agenda. The media is no exception — that's why unbiased news doesn't exist. While it's the media's duty to try to be objective and unbiased, there's no denying the immense profit media outlets and their owners stand to gain from persuading us. The fact that these tactics or their occurrence isn't common knowledge makes this process easier.

Persuasion can be defined as an action, ability or process of influencing or convincing someone. It is both a science and an art. The purpose of persuasion is to change the attitude of the targeted person. The art of persuasion is in employing techniques to change the attitude of the target. The media can be persuasive in order to get you to vote, behave, buy, or think differently.

1. Source: The person or group trying to be influential.

2. Message: The statement or appeal used to incite the change.

The media influences its audience by carefully considering the characteristics of both its sources and its messages in order to craft persuasive messages. Here's how.

The first characteristic a journalist may think about when considering a source is credibility. If a media outlet and its sources aren’t considered to be credible or trustworthy, then it won’t be as influential.

Credibility of a source can be determined in four key ways: expertise, reliability, familiarity, and attractiveness.

Expertise is the degree of knowledge, experience, education, or qualifications a source has. Reporters will interview people considered to be experts, people who are experienced and knowledgeable about a subject.

Reliability is the purported or assumed intention of the source of information, such as the perception that the person does not intend to deceive its audience.

Familiarity is how recognizable the source is — reporters may continue to interview the same source over and over, or choose sources from a well-known institution.

Attractiveness can be another factor in persuasive sourcing. Regardless of our personal opinions on attractiveness, we can't look away from its power of persuasion. Attractive people, animated advertisements, and well-designed political campaigns are more likely to sway people than those that aren't. Attractive people or factors that exhibit likeability are shown to work best. That's why models and celebrities are used to endorse products and political campaigns. A media outlet may favor attractive people or visuals to get its persuasive message out.

Characteristics the Media Uses To Create A Persuasive Message

Aside from careful sourcing, the media also uses a number of tactics to create a persuasive message. They are:

Suggestion: In the media, the process of suggestion consists of direct or indirect cues to appeal to a person's instincts and to convince them of something — often with a political goal. Stories can be designed to promote an uncritical acceptance of a belief, to form an attitude, or to be incited to action.

When you see a juicy burger in an advertisement, it’s being suggested that you buy it. To break down some political examples, a media outlet may feature emotional stories of struggle and heartbreak from people crossing the border in order to suggest support for loosened immigration restrictions. Or perhaps a media outlet will focus on stories of the impacts of increased crime in urban neighborhoods in order to subtly suggest more funding for police.

The media frequently makes use of specific stories to convince its audience of certain suggestions without question. Even if something is wrong, doesn't improve your life, or is not rooted in truth, the media can still convince people that it’s true or a necessary attitude. That's how powerful suggestions by the media are.

Appeals to fear: A diabolical but effective method of convincing people is by inciting fear. Appeals to fear can be seen when the media repeatedly plays up a potential negative outcome, pushes sensationalist headlines, or shares photos of destruction, unrest, or disorder.

Knowing that the media often appeals to potential negative outcomes to drive its message, the viewer is often left to determine for themselves how real the threat really is.

Loaded words: The use of sensationalist words that evoke strong emotional reactions (usually negative) in people is a time-tested tactic of media messaging. A good example is when people are labeled 'fascists' or ‘extremists’. Sometimes these labels apply, while often they are simply a tool of sensationalism. Another example is the use of words such as “shocking,” “remarkable,” “onslaught,” “scathing,” “rips,” or “slams,” which distort your view.

It takes carefully paying attention to details to determine if the media’s use of loaded words is really warranted, or just a tactic to persuade you.

Camouflaging: A complaint that a lot of people have with the media is that it diverts from the topic, beats around the bush, and overcomplicates the simplest of issues. But only by doing that can the media control your awareness of the situation and your reaction to it. This is called camouflaging. The real important information is hidden behind jargon, distracting details, or meaningless phrases.

In order to spot camouflaging, be sure to read a variety of sources in order to see if there is information you may have missed.

Exhortation: Considered to be the oldest persuasion tactic, exhortation involves a call to action through appeal to values and morality of the target. Exhortation is commonly done by elaborating on the virtue and moral high ground of the person trying to persuade in contrast to their 'morally bereft' opponents.

The second step is to appeal to the integrity of the target through virtue signaling, flattery or even a statement on their character. Finally, this builds up a case to motivate the target to act. From a news anchor to the owner of media conglomerates, exhortation is everywhere in the media.

Propaganda: Most of us are familiar with propaganda as it exists in most domains of the media. It's subtler than exhortation or loaded words because of the backlash the media faces if it's too evident. Propaganda is “information or ideas methodically spread to promote or injure a cause, movement, nation, etc, and the deliberate spread of such information or ideas.”

The media's usage of propaganda has some defining characteristics:

Earlier, propaganda was limited to advertisements and campaigns, but in the digital age, we also see it in memes, comedy sketches and on social media.

Being influenced by the media is nothing new. We tend to rely on the media we consume to help us understand the world around us and make some sense of it. But it's important to understand when you're being influenced or manipulated against your will.

Understanding how these persuasion tactics are used by the media will help you to identify when similar tactics are being used to target you.

This piece was edited and expanded upon by Julie Mastrine, Director of Marketing. She has a Lean Right bias.