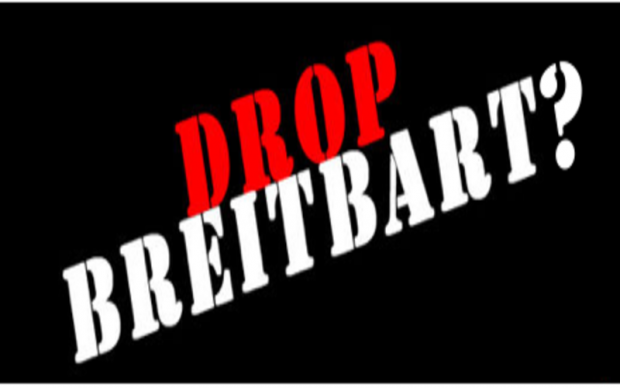 In late-July, I penned a piece about Breitbart, the highly conservative news outlet whose far-right slant often riles controversy. The post, “Breitbart: Right-wing Publication or Fake News?”, gave people the chance to weigh in on how AllSides should employ their perspective when covering events across the aisle. We received several hundred responses, which is a testament to how seriously our readers take this issue.

The results were decisive. Approximately 85% of respondents think they should stay — in some capacity or another.

From there, people split evenly as to what the appropriate role is. About 39.5% feel that AllSides should use Breitbart whenever the story calls for it, while 38.7% ask that we only include them when comparing with a similar source on the left. Just 14.5% feel we should omit them completely.

Of the 7.4% that selected “Other,” some identified with one of the three previous categories, while some deviated. Among those replies, the breakdown is as follows:

Issues surrounding media bias have come to epitomize polarization, and the discussions are often colored along partisan lines. A highly conservative outlet like Breitbart should, in theory, receive harsh condemnation from anyone not on the far-right end of the political spectrum. But that wasn’t the case here. The majority of survey participants — 58% — fell somewhere on the left, yet results still indicate a strong preference towards keeping Breitbart in the AllSides repertoire.

Centrists and moderates (25% of respondents) opted for the following:

And conservatives (17% of respondents) answered as follows:

Although individuals of different persuasions diverge on where Breitbart best fits, many people across the aisle find common ground in that we shouldn’t purge their work from view.

As a team, we’ve heard your concerns, and we’ve had extensive staff discussions about how we should proceed. In light of your comments, AllSides will use Breitbart when the story calls for it — when they present an angle that is relevant to the national dialogue. However, we promise to be judicious, and will only employ a Breitbart piece — or any piece — that is factually accurate.

Political polarization in the media is intensifying at rapid pace, and as a result, we have a tendency to demonize the “other” — to brand them as universally stupid, immoral, or ignorant. And Breitbart might just be the most reviled of all right-wing news organizations, with some people seeing their readership as collectively brainless and bigoted. But if I’ve learned anything through my work in journalism, as well as through a diverse assortment of family, friends, and personal acquaintances — that isn’t the case.

The conservative outlet appeals to many: traditional GOPers, populists, first time Republican voters, and more. And for those who oppose Breitbart, the far-right take provides a unique opportunity to engage with what numerous people across the country are thinking — particularly those who feel they have been cast aside by the mainstream media.

The AllSides mission implores that we present a variety of perspectives, and our readers depend on us to deliver this. Instead of censoring viewpoints that are deemed inflammatory, we want to present the full gamut and help our readers interact with all angles — from left to right and everything in between.