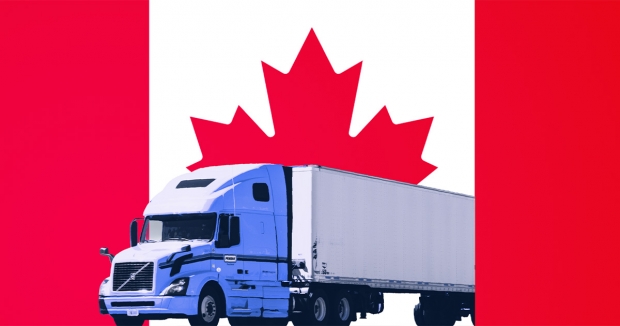 Here at AllSides, we’ve had more than our fair share of internal arguments over the difference between a “riot” and a “protest.” Key to the distinction is the often-vague line between acceptable demonstrations of discontent and unacceptable disruptions of community life. This debate came to a crescendo during 2020’s worldwide racial justice protests following the murder of George Floyd by a Minneapolis police officer.

The debate over acceptable protest has reared its head once again with the “Freedom Convoy.” The movement of mostly Canadian truck drivers began as a protest against the country’s vaccine-or-test mandate for truckers who crossed the U.S.-Canada border. Since then, the protests have disrupted communities on both sides of the border.

While many on the left defended the community disruptions of the George Floyd protests, the Freedom Convoy’s disruptions are now prompting similar defenses from the right.

The comparison isn’t exact, of course; there are different causes, disruptions, and political coalitions involved. But understanding past protests’ defenders and opponents can help us better understand the current debate.

Hannity then played footage of Rivera, who has criticized Republicans’ lower vaccination rates, calling the truckers’ behavior “thuggish.” “They’ve been keeping people in the neighborhood awake all night revving their engines, blowing their horns, they’ve deprived Ottawa of businesses, of tens of millions of dollars. Now, they’re blockading the international bridges,” Rivera said, adding, “To give them the mantle of freedom fighters is absolutely, appallingly naive.”

“Shame on you,” Hannity told Rivera as he stressed that the Freedom Convoy protesters were peaceful. When Rivera brought up instances of confrontation and blockades at key border crossings, Hannity replied that it was “a specious argument” and “a point from a week ago” because they “opened up the bridge peacefully” after a court order.

To Hannity, the truckers were brave “heroes of the pandemic” who were “protesting peacefully.” To Rivera, the truckers’ disruptive actions were selfish and even opposed by other truckers, including the Teamsters’ Union and the American Trucking Association.

“Too many see the protests as the problem,” Cuomo opined. “No, the problem is what forced your fellow citizens to take to the streets: persistent and poisonous inequities and injustice. And please, show me where it says that protests are supposed to be polite and peaceful?”

CNN's Chris Cuomo: "Please, show me where it says protesters are supposed to be polite and peaceful."

As riots and looting have broken out in cities across the country, this is the message the brother of New York governor Andrew Cuomo shares at the top of his show. pic.twitter.com/ZZ47zpyVlx

New York Times (Opinion rated Left) columnist Ross Douthat (Lean Right) had a different perspective, arguing in May that the rioting that sometimes accompanied George Floyd protests could unravel any progress the protests made.

“For liberals, meanwhile, or anyone committed to reform without revolution, recognizing how the politics of riots usually play out imposes a special burden to forestall and contain them — and when that isn’t possible, to clearly distinguish the higher cause from the chaos trailing in its wake,” Douthat said.

Politicians Try to Strike a Balance

On May 30, 2020, Biden issued a statement saying protests against police brutality were “right and necessary” but “burning down communities and needless destruction is not.”

Then-President Donald Trump drew a similar line, albeit with stronger language and without the same support for the protesters’ goals.

Trump tweeted, “These THUGS are dishonoring the memory of George Floyd, and I won't let that happen.” Trump later issued a statement supporting “the rights for peaceful protesters” but added that “we can't allow a situation like happened in Minneapolis to descend further into lawlessness, anarchy and chaos.”

In 2022, both leaders also made remarks about the Freedom Convoy.

On Feb. 4, before the border blockades, Trump voiced support for the movement against the policies of “far left lunatic Justin Trudeau” and welcomed calls for similar protests in the U.S.

While Biden does not appear to have publicly addressed the Freedom Convoy directly, he spoke with Canadian Prime Minister Justin Trudeau on Feb. 11. Speaking to reporters about the meeting, Trudeau said, “President Biden and I both agree that for the security of the people and the economy, these blockades cannot continue.”

Not All Political Divisions Are Red vs. Blue

The mainstream political Right and Left disagree on which causes are worth disrupting communities. For Sean Hannity, it’s worth disrupting international supply chains and the daily lives of Ottawans to oppose vaccine mandates, particularly because he defines these actions as “peaceful.” For Chris Cuomo, opposing police violence against people of color was worth the various disruptions caused by the George Floyd protests.

But not everyone thinks this way. Many others believe it is not justifiable to disrupt one’s community for the sake of one’s political goals. Commentators like Geraldo Rivera and Ross Douthat appear to be among them.

In today’s polarized political environment, it’s easy to assume that every division falls neatly between the Left and Right. This might be particularly true on a site like AllSides, where every article and news outlet has a badge declaring it to be Left, Right or Center.

But not every division is partisan. Sometimes, people’s disagreements exist outside of the spectrum. Disagreements like this one, over whether disruptive forms of protest are justified, cross party lines. They provide useful opportunities to examine bias in a new light — both in the media and within ourselves.