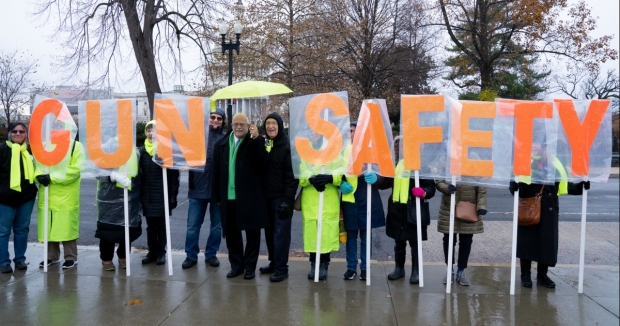 In the wake of recent mass shootings and partisan disagreement in Washington, D.C. about causes and prevention, it's easy to view gun control and gun rights as a very divisive issue. But there are plenty of viewpoints on guns and gun laws where Americans agree, regardless of their politics.

Major pollsters have found sharp disagreement in the U.S. on whether gun laws should be made more or less strict in general. But on subjects such as allowing handgun ownership, conducting background checks for gun sales and increasing focus on mental health, large majorities of the U.S. public see eye-to-eye.

Here are a few examples of data and stories to support that:

Partisan and biased news coverage often makes issues like gun control seem more divisive than they are. But survey data can tell a more complete story of how average Americans actually view these issues.

Here's Where Democrats and Republicans Agree on Abortion

Democrats and Republicans Actually Agree on Many Policing Reforms

Democrats and Republicans Actually Agree on These Immigration Views and Policies

Democrats and Republicans Actually Both Support These Free Speech Positions

Henry A. Brechter is the Managing Editor of AllSides. He has a Center bias. Email him: henry@allsides.com.