Who or What's to Blame for School Shootings?

Mass shootings at U.S. schools have become a tragic and concerning trend. But where should we place the blame?

At least 21 people were killed, including 19 children, after an 18-year-old gunman opened fire in an elementary school in Uvalde, Texas on Tuesday. The alleged shooter reportedly purchased the weapons used on his 18th birthday. President Joe Biden gave an address Tuesday night, asking "When in God's name are we going to stand up to the gun lobby?"

Biden and Democrats, as well as many liberals and others across the political spectrum, tend to place the blame for mass shootings on guns, loose gun laws, gun manufacturers, the National Rifle Association, and Republican politicians who oppose more laws restricting gun ownership. Conversely, many conservatives and others across the spectrum focus more on the shooters themselves and issues with mental health and morality among the U.S. public, and are often critical of Democrats for supporting widespread gun restrictions that may strip law-abiding citizens of their 2nd Amendment right to bear arms.

Voices on the left tend to see more gun restrictions as the way to prevent more mass shootings. Voices on the right tend to emphasize personal responsibility, proper parenting and education, and self-defense through responsible gun ownership. 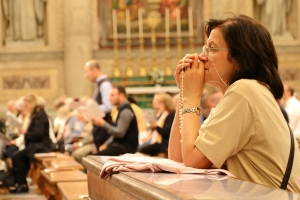 As the news of a mass shooting at an elementary school in Uvalde, Texas, on Tuesday continues to travel far and wide, faith leaders across the nation are sharing their reactions, prayers, words and insights with Fox News Digital.

They're also calling out moral rot when they see it.

A suspected lone gunman took the lives of at least 19 children and two teachers; the gunman has been killed, Texas Gov. Greg Abbott said on Tuesday.

"Texans across the state are grieving for the victims of this senseless crime and for the community of...

Read full story
See full media bias rating for Fox News (Online News)
From the Center
350
Violence in America
The complicated, fraught connection between gun violence and mental health: ‘We have to be very careful how we talk about the link between the two’
MarketWatch 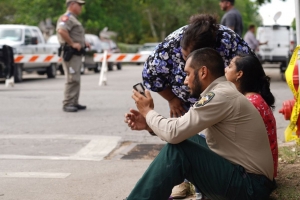 The unthinkable has become horribly predictable.

On Tuesday afternoon, an 18-year-old gunman opened fire at a Texas elementary school in Uvalde, Texas, about 85 miles west of San Antonio, killing at least 19 children, two adults, and injuring others.

It was the deadliest shooting at a grade school in the U.S. since a 20-year-old gunman killed 20 first-graders and six educators at Sandy Hook Elementary in Newtown, Conn., on Dec. 14, 2012.

Uvalde is located between San Antonio and the Southern border, and has a large Mexican-American population. The official site for the city...

Read full story
See full media bias rating for MarketWatch
From the Left
350
Violence in America
Biden On Texas School Shooting: 'Why Are We Willing To Live With This Carnage?'
HuffPost 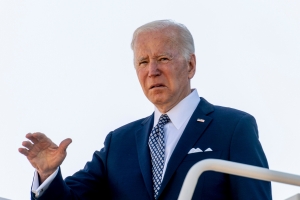 President Joe Biden said he is “sick and tired” of lawmakers’ inaction on gun control after a gunman shot and killed over a dozen children at an elementary school in Uvalde, Texas, on Tuesday.

“As a nation, we have to ask: When in God’s name are we gonna stand up to the gun lobby … do what we all know in our gut needs to be done?” Biden said in an emotional speech from the White House.

“Why are we willing to live with this carnage? Why do we keep letting this happen? Where in God’s...