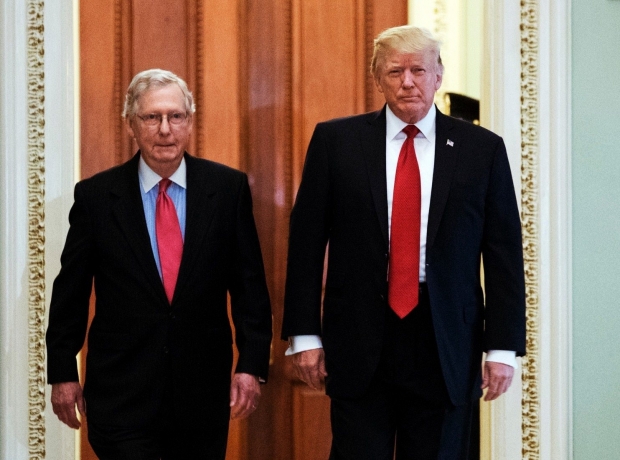 The GOP's $4 trillion budget narrowly passed the House today in a vote of 216-212, after last minute negotiations with high-taxed states and those concerned with deficits. Next, the bill goes to the Republican-controlled Senate, putting the party one step closer to achieving tax reform.
Other news from AllSides:
Snippets from the Left
Tax Cuts Are the Glue Holding a Fractured Republican Party Together
New York Times
"One week before they are set to unveil a sprawling overhaul of the federal tax code, Republicans struggled on Wednesday with key parts of their plan, reigniting a fight over retirement savings and racing to cut a deal with lawmakers from high-tax states ahead of a critical budget vote in the Houseon Thursday.
The challenges — and the dogged effort to resolve them on Capitol Hill — highlight the increased importance of the tax issue for a fractured party desperate for a legislative victory.
The prospect of a once-in-a-generation bill to cut taxes on businesses and individuals increasingly appears to be the best hope for a party anxious to find common ground and advance an effort that it has long championed as the pinnacle of Republican orthodoxy. It is a bit like having a baby to save a failing marriage."
Snippets from the Right
House passes $4 trillion budget, clears way for Trump tax plan
New York Post
"With 20 Republicans joining all Democrats in voting no, the budget passed 216-212.
The House had already passed its own budget that directed upcoming tax reform legislation to be deficit-neutral. But to speed up the process toward their ultimate goal of tax cuts, the House passed the Senate plan that would allow tax cuts to add $1.5 trillion to the deficit.
'By passing this budget today, we can send a clear message to the American people: Real tax reform is on the way,' said Rep. Kevin Brady (R-Texas).
The budget vote opened a process called reconciliation that will allow the upcoming tax reform legislation to pass the Senate with a simple majority vote — and without any Democrats."
Snippets from the Center
House Republicans just cleared the way for tax reform
Business Insider
"Republican leaders succeeded with the vote despite some last-minute hand-wringing, since the Republican tax-reform framework proposes the elimination of the state and local tax deduction. The deduction allows people to shave off what they pay in state and local taxes from their federal tax bill.
By eliminating the SALT deduction, Republicans would offset a significant number of their planned tax cuts — saving $1.3 trillion over 10 years, according to an analysis by the Tax Policy Center.
But Republicans from high-tax states like California, New York, and Massachusetts, where many people take the deduction, expressed last-minute concerns about the elimination of the deduction."
Discover more on this topic on AllSides.
Budget - Debt, Budget, GOP, House Of Representatives, Tax Reform, Story Of The Week, News