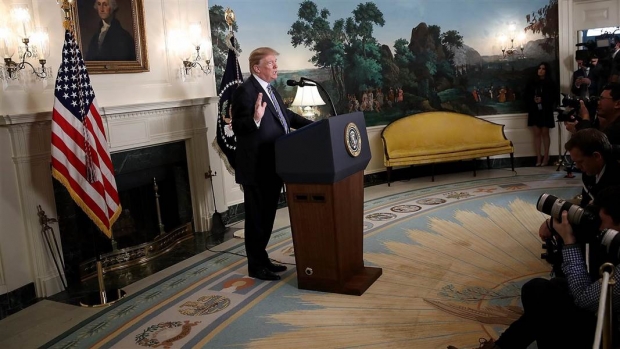 A school shooting in Parkland, FL on Wednesday left 17 students and educators dead. In the wake of the tragedy, many lawmakers on the Left called for increased gun control, while several on the Right, including President Trump, advocated for better awareness surrounding mental health.
Other news from AllSides:
Snippets from the Left
After Florida shooting, Trump offers comfort — to gun owners
NBC News
"The day after a shooter killed 17 people at a Florida high school, President Donald Trump offered comforting words — for gun owners.
'We are committed to working with state and local leaders to help secure our schools and tackle the difficult issue of mental health,' Trump said in brief remarks at the White House. 'It is not enough to simply take actions that make us feel like we are making a difference. We must actually make that difference.'
Translation: Your guns are safe.
...
And on Thursday, against the backdrop of calls for tighter gun restrictions from Democrats, some Republicans and several students at Marjory Stoneman Douglas High School, in Parkland, Florida — where a former student gunned down 17 people on Wednesday — Trump signaled again that his focus is on the mental state of shooters, not the weapons they use to commit their crimes.
He didn't mention guns at all."
Snippets from the Right
New Gun Policies Won’t Stop Mass Shootings, but People Can
National Review
"Mass shootings are among the most premeditated of crimes, often planned months in advance. The shooter at Marjory Stoneman Douglas High School reportedly wore a gas mask, carried smoke grenades, and set off the fire alarm so that students would pour out into the hallways. Though we’ll obviously learn more in the coming days, each of these things suggests careful preparation. A man who is determined to kill and who is proactive in finding the means to kill will find guns. He can modify guns. He can find magazines.
But that doesn’t mean there’s nothing we can do. When policies fail, people can and should rise to the occasion. Looking at the deadliest mass shootings since Columbine, we see that the warning signs were there, time and again. People could have made a difference.
...
We’ve trained ourselves to mind our own business, to delegate interventions to professionals, and to “judge not” the actions of others. But in a real way, we are our brother’s keeper; and an ethic of “see something, say something” is a vital part of community life."
Snippets from the Center
Trump says will make schools safer after Florida shooting
Reuters
"U.S. President Donald Trump on Thursday called for healing and peace one day after a gunman killed at least 17 people at a Florida high school, saying his administration would work to improve school safety and address mental illness.
...
Democrats have said the shooting underscores the need for tougher gun laws, but Trump did not mention the issue in his brief address, delivered from the White House.
He said he would make school safety the top priority when he meets with governors and state attorneys general later this month.
'We must also work together to create a culture in our country that embraces the dignity of life, that creates deep and meaningful human connections,' Trump said, urging children who feel scared or alone to reach out to trusted adults for help.
'We are here for you, whatever you need, whatever we can do to ease your pain,' he said."
Discover more on this topic on AllSides.
Gun Legislation, Education, Mental Health, Story Of The Week, News 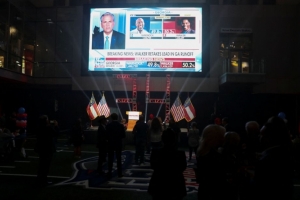