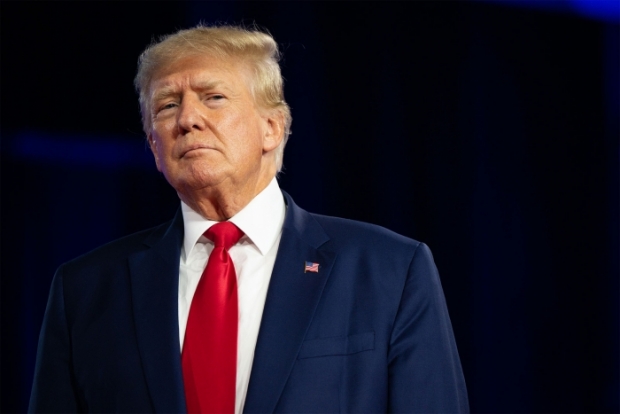 The Justice Department suggested this week that former President Donald Trump tried to hide information from the FBI before agents searched Mar-a-Lago earlier this month. Will he be charged with a crime?

In a court filing Tuesday, the DOJ said classified records at Mar-a-Lago "were likely concealed and removed" before the search in defiance of a grand-jury subpoena, and that "efforts were likely taken to obstruct the government’s investigation." It also included a photo of documents on the floor of Trump's Mar-a-Lago office, some of which were marked "Top Secret."

In a post on his Truth Social platform Wednesday, Trump said the FBI "threw documents haphazardly all over the floor (perhaps pretending it was me that did it!), and then started taking pictures of them for the public to see. Thought they wanted them kept Secret? Lucky I Declassified!" Trump's legal team then filed a response to the DOJ Wednesday night, reiterating its call for a special master to review the seized documents because "unchecked investigators" from the DOJ purportedly can't be trusted.

The DOJ's filing says that over the past several months, officials met with Trump lawyers at Mar-a-Lago as part of a criminal probe regarding the documents, and that multiple grand-jury subpoenas were filed for classified records and surveillance video at the property. Trump's camp turned several dozen boxes of records and never mentioned anything about declassification, according to the filing. Still, federal authorities believed Trump's team was lying about not having any more documents at Mar-a-Lago, which led to the execution of a search warrant on August 8.

Voices on both left and right said that the DOJ filing seems to foreshadow formal obstruction charges against Trump, though some disagree about whether he'll also be charged with mishandling classified information. Coverage from left-rated sources focused more on sources who predicted serious legal consequences for Trump and his lawyers.

Coverage from right-rated sources sometimes focused more on critics who said the DOJ was politically motivated in targeting Trump and ignoring his request to have a special master review the documents.

Classified materials found at Mar-a-Lago ‘no cause for alarm,’ Trump lawyers say

"The acknowledgement was made in a new legal filing that also argued the seized materials from Mar-a-Lago were no 'cause for alarm' and said the National Archives and Records Administration should have 'simply followed up … in a good faith effort to secure' the more than 100 classified documents found in the raid."

"The DOJ’s 'privilege-review team' has presumably disseminated what it determined to be the non-privileged documents (the vast majority of what was seized) to the 'case team' (i.e., the prosecutors and agents working on the investigation). As a result, even though the Trump team’s application for court intervention had merit, the Justice Department has laid the groundwork to argue that the point is moot."

"The allegation does not necessarily mean that Trump or anyone else will ultimately face charges. But it could pose the most direct legal threat to Trump or those in his orbit, in part because the Justice Department has historically viewed obstruction as an aggravating factor that tilts in favor of bringing charges in investigations involving the mishandling of classified information."

"...the information contained in the documents haphazardly stored at Mar-a-Lago and used by the former president in presently unknown ways poses an immediate and ongoing threat to U.S. national security with potentially serious and disquietingly unknowable consequences."

U.S. Justice Dept to face off against Trump legal team over seized records

"Trump's attorneys in a filing late on Wednesday downplayed the government's concerns about the discovery of classified material inside his home, and accused the Justice Department of escalating the situation even after he handed over boxes of documents to the National Archives and allowed FBI agents in June to 'come to his home and provide security advice.'"

"The DoJ also alleged Trump's counsel 'explicitly prohibited' FBI agents from looking inside a storage room at Mar-a-Lago resort in June after being subpoenaed to hand over sensitive material, and then claimed no more documents were being kept at the Florida resort beyond the 37 boxes which were handed over."