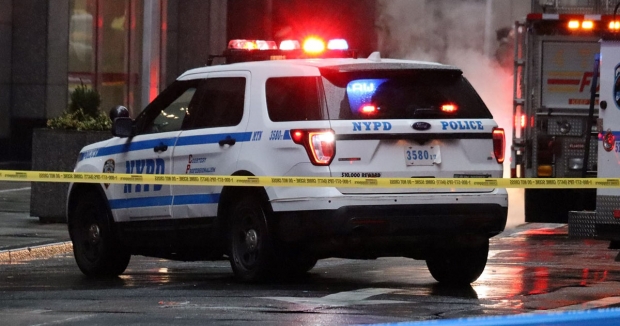 Image by Campbell Jensen on Unsplash

About 65% of Americans are currently dissatisfied with the nation’s policies to reduce or control crime, more than any time in the 21st century.

This comes as President Biden’s approval rating on crime sits at 38% and the percentage of Americans that think crime is “extremely serious” sits at a 20-year high, according to an ABC News (Lean Left)/Washington Post (Lean Left) poll. The poll also found that majorities of Americans believe that increasing funding in poor areas (75%), using social workers to help police (65%), and increasing funding for police departments (55%) would help reduce crime.

After the murder of George Floyd in 2020 and the protests and riots that it provoked in the United States and around the world, some cities around the nation reduced (or planned to reduce) police budgets by millions of dollars. But a few reversed course later, such as Washington D.C., which is now considering a multi-million dollar investment in recruiting and training new officers; an effort to combat a dramatic rise in crime, according to Daily Mail (Right).

However, police officers have been leaving their departments in droves. According to a Police Executive Research Forum report published in June, over 200 officers left the Seattle police department since 2020. Agencies around the nation also reported a 45% increase in the retirement rate and an 18% increase in the resignation rate in 2020-21, compared to the previous two years.

According to many on the right, this is driven by anti-police rhetoric in the United States. The National Fraternal Order of Police reported in July that a surge in ambush-style attacks has occurred in 2021, rising 91% from the same point in 2020.

On the other hand, Democratic lawmakers around the nation have passed hundreds of laws aimed at police reform.

One of the most talked-about bills in U.S. Congress is the George Floyd Justice in Policing Act of 2021. It aims to end unnecessary use of force by police officers, limit “qualified immunity”, restrict “no-knock warrants” in drug cases, and expand data collection, among much else. It appears to be strongly supported among Americans; let dig in to the data.

According to a Vox (Left)/Data for Progress (Left) poll of likely voters released in April, 84% of respondents support requiring federal police officers to wear body cameras for the safety of themselves and others. Other findings include support for expanding data collection (74%), banning choke holds (71%), and making racial profiling illegal (71%), all which have majority support from Republicans.

Research suggests that upwards of around 70,000 no-knock warrants are conducted each year in the U.S., a majority of them for drug cases. And while most Americans support banning them in drug cases (59%), people also believe that in violent cases – murder, terrorism, trafficking – no-knock warrants should be permitted.

While most Americans support police reform measures such as those presented in the George Floyd Justice in Policing Act, a majority support law enforcement officers in general.

A USA Today (Lean Left)/Ipsos (Not Rated) poll found that 72% of U.S. adults have a favorable view of police and law enforcement officers, including 58% of Democrats. 77% of adults believe that more officers should be deployed to street patrols. Furthermore, a majority of people believe that police department budgets should be increased (70%) – supported by a slight majority (55%) of Democrats.

If a slight majority of Democrats support increasing police department budgets, what percent support the opposite – the “defund the police'' movement? Support is low – about 22% of U.S. adults support the movement, just 37% of Democrats. It is important to mention that there are many interpretations of this movement – some believe it is a mission to abolish the police altogether; others believe that it's about reducing police presence or reallocating funds from police departments to other resources.

When asked about whether they’d be in favor of reallocating police budgets to support emergency first responder programs for mental health issues, substance use, safety check-ins, and lack of housing, 65% of likely voters are in support, including a slight majority (52%) of Republicans. This does differ, however, from a Fox News (Right) poll released in April which found that registered voters are more likely to oppose (62%) proposals to “reduce funding for police departments and move funds to other areas.”

There is also a partisan divide between parties about what should be done to reduce violent crime. A Morning Consult (Not Rated)/Politico (Lean Left) poll found in July that 74% of Republicans blame the “defunding of police departments,” while 76% of Democrats say it's “too many guns on our streets.”

The homicide rate in the U.S. has risen drastically since early 2020, and even more so in 2021 thus far. It remains unclear whether overall crime is increasing in the U.S.

Overall, American’s confidence in the police sits at about 51%, according to Gallup (Center). That’s a 3% increase from 2020, when confidence was at 48%, an all-time record low. The historical average – that is, since Gallup first started measuring opinion on the matter in 1993 – is about 56%.

What can we learn from this data? Both Democrats and Republicans might agree more than we think when it comes to police reform initiatives in the United States and feelings towards law enforcement. Biased media outlets may be pushing narratives that support their agendas, often highlighting division instead of agreement.

This piece was reviewed by Managing Editor Henry A. Brechter (Center bias) and Director of Marketing Julie Mastrine (Lean Right).