Getting value out of our balanced newsfeed and media bias ratings? Become a sustaining member to help keep us online. 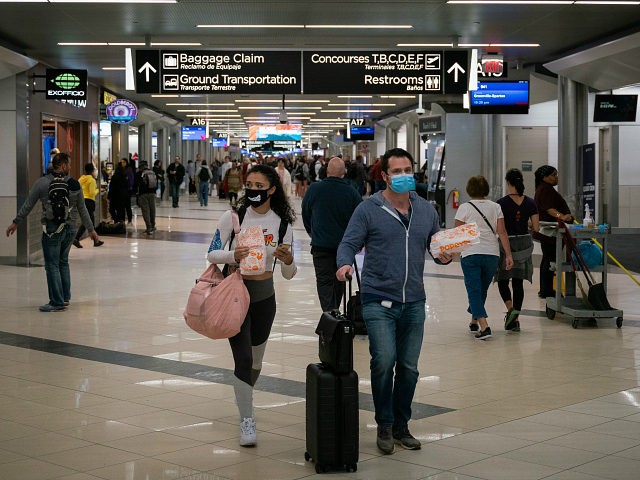 Projections announced at a White House press briefing Tuesday estimate between 100,000 and 240,000 deaths from the COVID-19 coronavirus in the United States.

Both the estimates and scientific models used to reach them have come under heavy media scrutiny. Many voices have questioned the White House projections, researching potential alternate scenarios and highlighting the high level of uncertainty in mapping the disease's estimated effects. There are also perspectives on new testing technology and other positive developments that might help reduce the impact of the pandemic.

Other stories this week from AllSides: Mental Health Tips and Information in the Coronavirus Era; White House Extends Coronavirus Guidelines Through End of April; and What Coronavirus Means for the 2020 Census.

From the Blog: Partisan media bias still defines plenty of coronavirus analysis from both left and right. Here is an example of CNN evaluating the performance of state governors through a decidedly partisan lens — in direct contrast to raw data. And as coronavirus continues to fuel misinformation online, our friends at The News Literacy Project have been hard at work debunking coronavirus rumors and fake news. Check it out and share to alert your friends!

"The numbers have raised questions specifically about why the U.S. was slow to roll out tests to identify the virus, while bringing new criticism on President Trump for downplaying the virus’s threat earlier this year. Furthermore, some say the U.S. is still not responding quickly enough. A number of states do not have stay-at-home orders, and Florida, where some officials see an emerging outbreak, only issued one on Wednesday."

"Trump’s earlier statements are also getting new attention. A sober Trump warned it was headed into two very tough weeks on Tuesday as officials unveiled models showing as many as 240,000 people could die even if social distancing was practiced. But on Feb. 24, he tweeted: “The Coronavirus is very much under control in the USA. We are in contact with everyone and all relevant countries. CDC & World Health have been working hard and very smart. Stock Market starting to look very good to me!”"

"Although officials implied that [the 100,000 to 240,000] estimate was based on the administration's own in-house modeling, they did not provide further details about those calculations. Instead, officials discussed a model from an outside group – the University of Washington's Institute for Health Metrics and Evaluation, or IHME — which produced projections very similar to the administration's findings, according to Dr. Deborah Birx, coordinator of the coronavirus task force."

"IHME's modelers say they did not take into account the impact of the president's social distancing guidelines — first unveiled on March 16 as a 15-day plan, now extended through April 30. That's because the president's recommendations are not binding. And in states where governors haven't imposed strict social distancing rules of their own, it's not clear to what extent people are following the White House call to stay home as much as possible. The recent throng of vacationers on Florida's beaches certainly suggests that plenty of people are not heeding the president's guidelines."

"On the low end of the projection, with 100,000 deaths, the toll would exceed the more than 90,000 total American service battle deaths and nontheater deaths experienced in the Vietnam conflict, and be around double the same type of U.S. deaths in the Korean War. And it could match the 116,516 American deaths in World War I."

"If 240,000 Americans die from the coronavirus this year, as the projection indicates is possible, it would be nearly half of the total number of Americans who died in the Civil War. That four-year conflict led to more U.S. deaths than any other single war. The high-end estimate, if realized, would also put coronavirus deaths well ahead of accidental deaths, which are now the third-leading cause of mortality in the U.S. It would also top stroke and Alzheimer’s disease as causes of death."

Analysis in The Atlantic

"The Trump administration has just released the model for the trajectory of the COVID-19 pandemic in America. We can expect a lot of back-and-forth about whether its mortality estimates are too high or low. And its wide range of possible outcomes is certainly confusing: What’s the right number? The answer is both difficult and simple. Here’s the difficult part: There is no right answer. But here’s the simple part: Right answers are not what epidemiological models are for."

"Every time the White House releases a COVID-19 model, we will be tempted to drown ourselves in endless discussions about the error bars, the clarity around the parameters, the wide range of outcomes, and the applicability of the underlying data. And the media might be tempted to cover those discussions, as this fits their horse-race, he-said-she-said scripts. Let’s not. We should instead look at the calamitous branches of our decision tree and chop them all off, and then chop them off again."

Trump warns of 'painful two weeks' as officials predict up to 240,000 US coronavirus deaths

"The US death toll from the coronavirus climbed past 3,800 on Tuesday, eclipsing China’s official count. Trump has been widely condemned for exacerbating the crisis by failing to prepare testing kits, breathing apparatus and other equipment. On Tuesday his experts said their models showed between 100,000 and 240,000 Americans could die even if the US keeps mitigation measures in place. Dr Deborah Birx, the White House coronavirus taskforce response coordinator, said models showed a worst case scenario of between 1.5m and 2.2m deaths in the US "without mitigation"."

"Asked if Americans be prepared for the likelihood that there would be 100,000 Americans who die from this virus, Dr Anthony Fauci, director of the National Institute of Allergy and Infectious Diseases, said: “The answer is yes. As sobering a number as that is, we should be prepared for it. “Is it going to be that much? I hope not, and I think the more we push on the mitigation, the less likelihood it will be that number ... We are really convinced mitigation is going to be doing the trick for us.”"

"President Donald Trump revealed a grim projection in the coronavirus pandemic on Tuesday: Even with the social distancing the US is doing now, 100,000 to 200,000 Americans will likely die as a result of the ongoing outbreak. “When you see 100,000 people, that’s a minimum number,” Trump said. It’s a horrifying figure. That’s more people than ever died in a single year from HIV/AIDS, drug overdoses, gun violence, or car crashes in the US. It’s more than American casualties during the entire Vietnam War. But it’s also a horrifying number, in part, because much of it was likely preventable. If the US — including the Trump administration — had better prepared for pandemics, the country likely could have avoided ever talking about 100,000 to 200,000 deaths."

"If Trump had acted sooner, the US could have had a better chance at replicating the results from St. Louis in 1918 or South Korea in 2020. But that moment has passed — and Americans are now facing the deaths of potentially hundreds of thousands of their friends, family, and peers as a result."

"The White House announced on Tuesday the extension of the social distancing guidelines after Dr. Anthony Fauci, director of the National Institute of Allergy and Infectious Diseases, and other public health officials on the White House coronavirus task force ominously warned that even if the U.S. were to continue to do what it was doing -- keeping the economy closed and most Americans in their homes -- the coronavirus could still leave 100,000 to 240,000 people in the United States dead and millions infected."

"While Trump said the numbers being reported by Beijing “seem to be a little on the light side,” the president and National Security Adviser Robert C. O'Brien said they currently have no way to confirm the number of COVID-19 cases being reported by the Chinese government. The comments follow accusations from critics that China is underreporting its cases."

"Governments right now are not deciding whether to do nothing or do something. Rather, they are confronting choices about which restrictions should be imposed, where they make sense, and how long they should be maintained. In this context, a simple binary choice between "intervention" and "no intervention" is highly misleading, since it obscures myriad options for confronting the epidemic, including measures more carefully tailored than mass business closures and stay-at-home orders. Sooner or later, those options will have to be weighed, taking into account not only the deaths they might prevent (or allow) but also their economic impact, which under the current approach is already severe and could get much worse."

"It seems that many people who are pessimistic about the COVID-19 death toll want to have it both ways. When it comes to justifying immediate, sweeping, and sustained control measures, they emphasize how quickly the virus spreads. But high estimates of the virus's reproduction number (the number of people the average carrier can be expected to infect) imply a bigger gap between confirmed cases and total infections, which in turn implies a lower case fatality rate (CFR)."

"The projection is based on key assumptions about the implementation of social distancing policies, the IHME said in a statement released on Wednesday: "These estimates assume the strong continuation of statewide social distancing measures in places where they are already enacted, and future adoption within the next seven days in states without them. If such policies are relaxed or not implemented, the US could experience a higher COVID-19 death toll and hospital burden than what our models currently predict.""

END_OF_DOCUMENT_TOKEN_TO_BE_REPLACED
Go ad-free!   About these ads