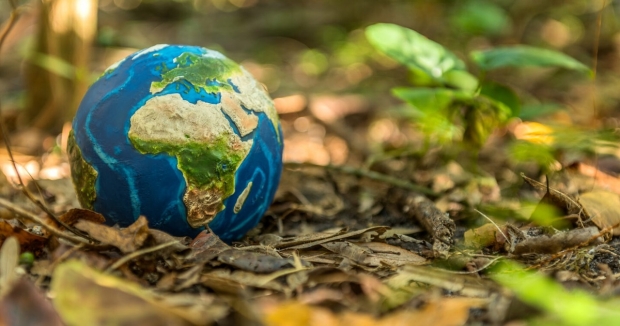 Many climate activists today believe that if Congress doesn’t act on climate change right now, we have no hope of survival. As we approach Earth Day, we should understand that this mindset is not only an invitation for disappointment, but also not true. The truth is, we have a number of reasons to be hopeful.

Last fall, we heard nonstop about Senators Joe Manchin and Kyrsten Sinema, two members of the president’s own party who were halting his climate agenda. Nevermind the fact they were joined by 50 Republican Senators, or that only 10% of the American people understood the specifics of Build Back Better. The Left adopted a “my way or the highway” mentality that served neither the members of their own ideological aisle nor the planet.

When you look at the climate goals that former President Obama’s 2009 climate agenda set, we’ve actually surpassed them without any significant federal climate legislation passing. This is proof there absolutely is power in private sector action, smart incentives, and consumer choice. This is proof we do have hope this Earth Day.

Here in the United States, the individual and their surrounding community have untapped power. Some climate activists will tell you, in order to fight climate change, we have to abolish capitalism. Yet, the reason the United States has led the world in emissions reductions is precisely because consumer preferences are increasingly leaning toward sustainability and environmentally-friendly practices. Companies that want to remain competitive have to go green.

Additionally, as my friends at C3 Solutions like to say, free economies are clean economies. Authoritarian governments, like those of Venezuela, Russia, and China, have absolutely abysmal environmental records, while free economies like the United States and Western Europe have far better track records.

This isn’t to advocate against any climate action from Congress. There’s no doubt the federal government has a role when it comes to addressing the most serious environmental challenge our country – and the world – has ever faced. But, it’s important to have some perspective. Top-down action is certainly not the only, and in many cases not even the best, way to address environmental challenges. There is an incredible case for unleashing the power of American innovation and ingenuity and cutting the red tape that holds this back.

Put simply, we have to adjust our mindset on climate action. Our planet will not be saved by one bill that makes its way through the halls of Congress. We need a dynamic approach that addresses individual climate challenges head-on. We need technological solutions from the private sector. We need natural solutions from conservationists, farmers, ranchers, and foresters. If we leave action exclusively to our government, we’ve already lost the battle.

This Earth Day, it’s important we all take time to remember what we’re fighting for. We’re advocating for solutions so future generations will have a better planet to inhabit. We’re fighting for the preservation of our beautiful national parks, survival of our country’s native wildlife, and healthy crops for us to harvest.

Really, we’re fighting for our backyards, and we can start by keeping our communities clean and healthy through trash clean-ups, community tree-plantings, and other hyperlocal events that help the environment. Climate action has to start somewhere, and it doesn’t have to be Congress.

This Earth Day, I have no doubt we will see many young people taking to the streets and demanding change. I sympathize with their message, but I think there’s something missing. We don’t have to only demand change from Congress; we can be the change ourselves.

Stephen Perkins is the vice president of grassroots strategy at the American Conservation Coalition (ACC). He has a Lean Right bias. Follow him on Twitter at @Stephen_Perkins.